What is Autism Really? A Guide to Comorbid Disorders - Autistic Mama

When I reach out to parents about embracing their child’s autism or rejecting cure-based or prevention-based research, I get the same comments over and over again…

“But my son suffers from debilitating anxiety… Why wouldn’t I want to cure that?!”

“My daughter has extreme gastrointestinal issues… That should be prevented…”

But here’s the thing…

None of that is autism… It’s just not.

They’re comorbid disorders… That is a separate disorder that often happens alongside autism. 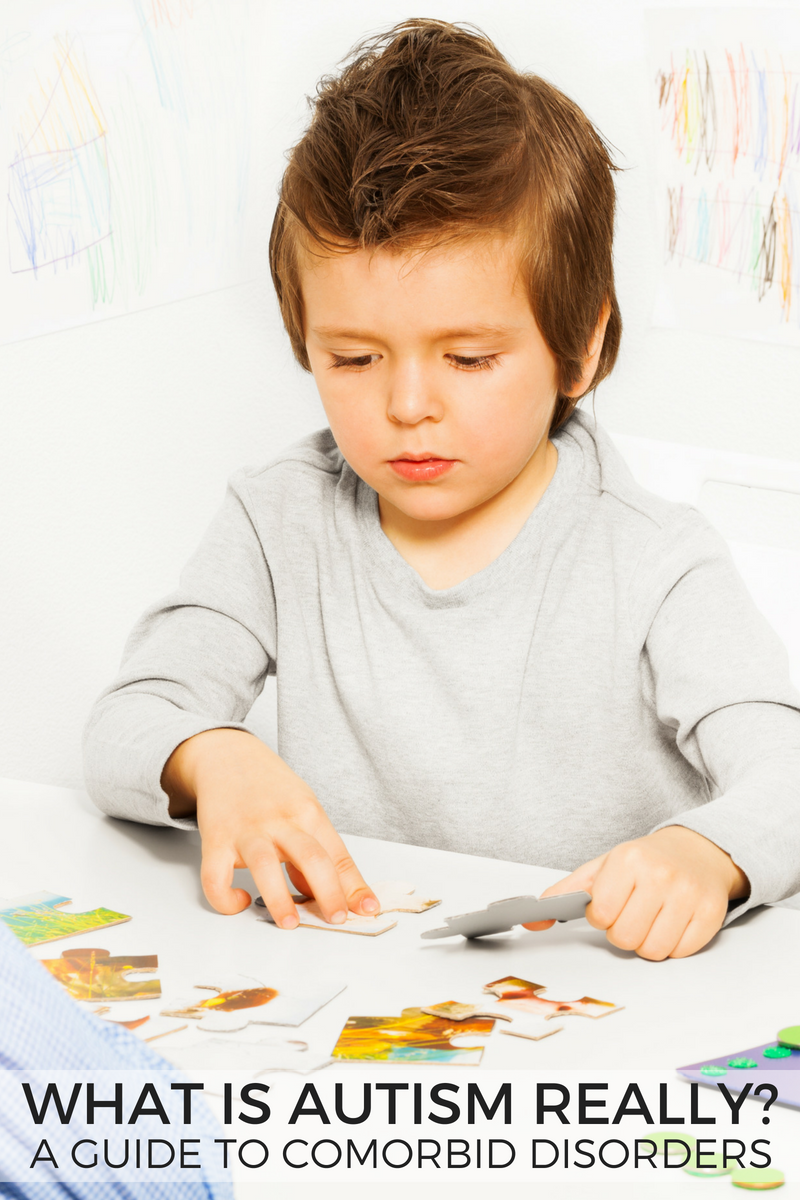 *Important disclosure: I am not a doctor and this post is not to be taken as medical advice. I cannot and do not wish to diagnose anyone with anything. I am merely sharing the facts as I’ve learned them.*

What is Autism Really? A Guide to Comorbid Disorders

I didn’t understand how little people knew about comorbid disorders until a friend who I love and have the utmost respect for mentioned that my anxiety is a part of my autism.

I’m autistic, and I have anxiety. I’m also epileptic and have chronic migraines.

All of those are comorbid disorders, not all of them are my autism.

So I realized that parents need a better understanding of what comorbid disorders are, and, by extension, what autism really is.

Autistic people are more likely than the general population to have several gastrointestinal issues like chronic constipation, diarrhea, or abdominal pain.

(Here’s the source, which you can read. It dives into the relationship between gastrointestinal issues and autism)

We actually would highly prefer the money for research was spent researching these comorbid conditions and finding ways to actually help autistic people dealing with them, rather than on trying to prevent autistic people from existing.

Anxiety is a Comorbid Disorder

It’s not a part of my autism.

My anxiety can be debilitating at times, but I’m terrified to try anxiety medication.

Saying I don’t want to cure autism doesn’t mean I don’t want better medications and therapies for people with anxiety.

Because anxiety and autism are not the same thing.

My son is autistic and has severe anxiety as well.

His anxiety is so bad that it makes him physically ill when he has anxiety attacks.

I’d LOVE to have more ways to help him with his anxiety.

But I know his anxiety isn’t his autism. Because anxiety is a comorbid disorder.

Epilepsy is a Comorbid Disorder

I found out that I’m epileptic at 15. My only seizures are incredibly intense and chronic migraines.

When we were leaving my son’s appointment with his neurodevelopmental pediatrician, she mentioned that we should keep a close eye on him because autistic children are more likely to be epileptic and have seizures.

A-Man isn’t epileptic (or, we haven’t found out he is yet).

But it was eye-opening to see that I had several comorbid disorders, but never connected them to autism before I learned I was autistic as an adult.

I was epileptic, but no one thought it was because I was autistic.

I had extreme anxiety, but no one thought it was because I was autistic.

But now that we know I’m autistic, how many doctors would quickly dismiss those as being ‘because I’m autistic’?

Or how many people who would simply nod when I told them I have anxiety before, would now classify that anxiety as a ‘symptom’ of my autism?

Okay… So we know what a comorbid disorder is, and that they are not autism.

But if none of those things are autism, then what is? 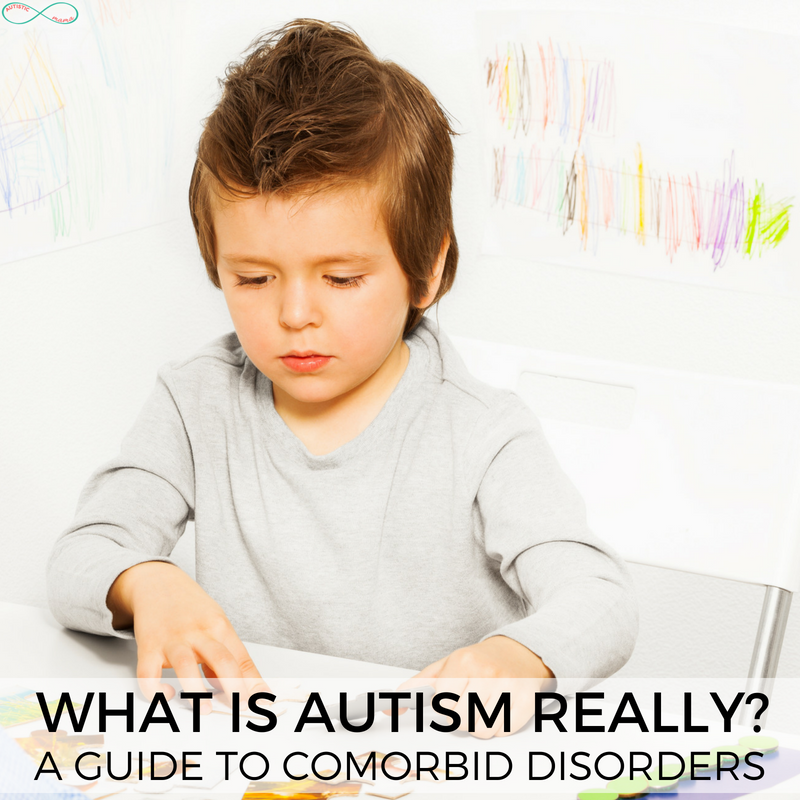 What is Autism, Really?

*Important note. These definitions are coming straight from the DSM-5 diagnostic criteria which you can find here.

The DSM-5 is far from perfect, but it is the standard used in the medical community today, and it’s the clearest definition of what’s actually autism that we have available.

“Persistent deficits in social communication and social interaction across multiple contexts, as manifested by the following, currently or by history”

Restricted, repetitive patterns of behavior, interests, or activities, as manifested by at least two of the following, currently or by history (examples are illustrative, not exhaustive; see text):

Basically? Autistic people like routine and we like to repeat the behaviors we enjoy, from stimming to sensory activities.

Plus a Few Caveats

The autism signs outlined in the DSM-5 must be present in early childhood.

Some of the struggles may not be as pronounced until school age or later when people are faced with more social scenarios, but they should be present in early childhood (at least in retrospect).

The signs of autism must cause a “significant impairment” to daily life.

What does that mean? It means that ‘I don’t like to make eye contact for too long, but I can’ doesn’t make someone autistic like you would be with a severe struggle with eye contact that makes others feel you aren’t paying attention to them.

Finally, the signs of autism must not be better explained by a global developmental delay or intellectual disability.

In other words, if the child’s overall development is at 2 years, but they have the social or communication skills of a typical 18 month old, autism is the better explanation.

So that’s it… That’s what autism is.

Social and communication struggles, paired with repetitive and restricted behaviors.

So before telling me that I should want a “cure” because some people “really suffer from autism” take the time to consider what is actually autism, and what is a comorbid disorder.

Autism is not bad. It’s not brain damage. It’s not cancer.

I promise, if you listen to autistic people, you’ll learn that we aren’t out to make anyone suffer.

We want to help as many autistics as possible, and to do that we have to start by understanding what autism really is.

If you loved this post, you should check out: 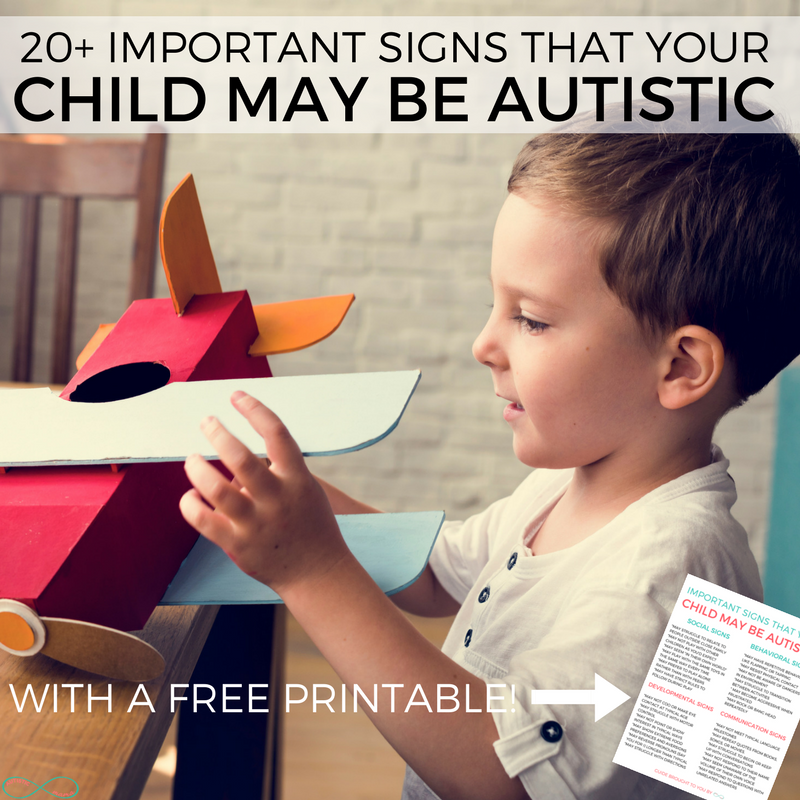 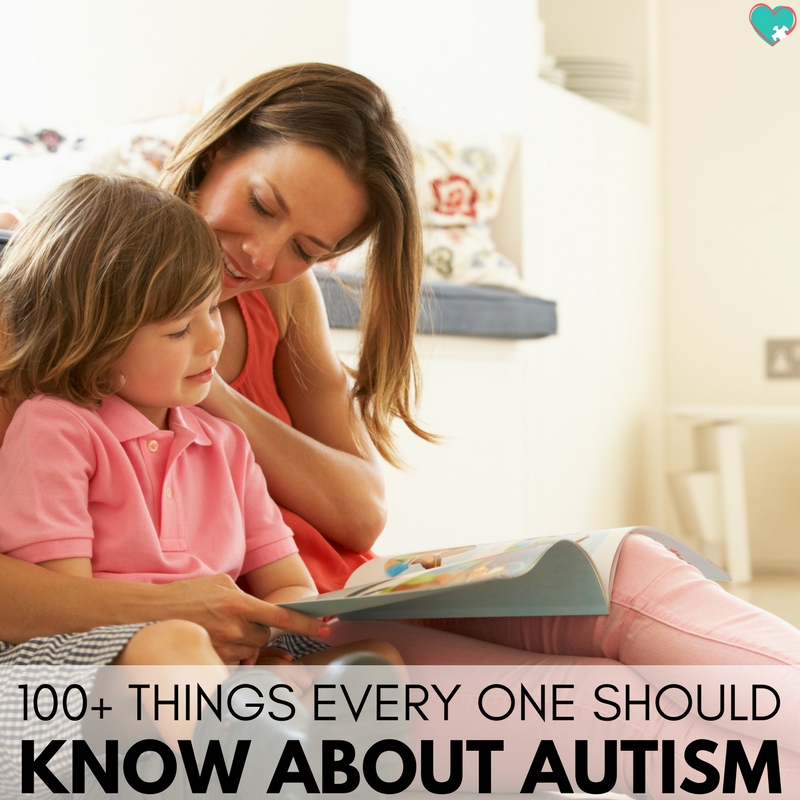 8 Comments on What is Autism Really? A Guide to Comorbid Disorders