When Pokemon Go came out, I’ll be the first to admit I thought the craze was a little ridiculous.

But really, what was the harm? Kids were out walking around instead of spending all of their time inside.

It felt like the entire community was out in parks when the game first started.

It wasn’t long before my oldest son had caught on to the craze. He and my ex-husband both started playing during their visits.

Then my ex’s family started playing.

Then my husband started playing.

Soon there were Pokemon cards and stuffed Umbreon, Flarion, and Squirtles taking over his bedroom.

For two years, everyone in our family played Pokemon Go daily, but now, my son won’t be playing Pokemon Go anymore. 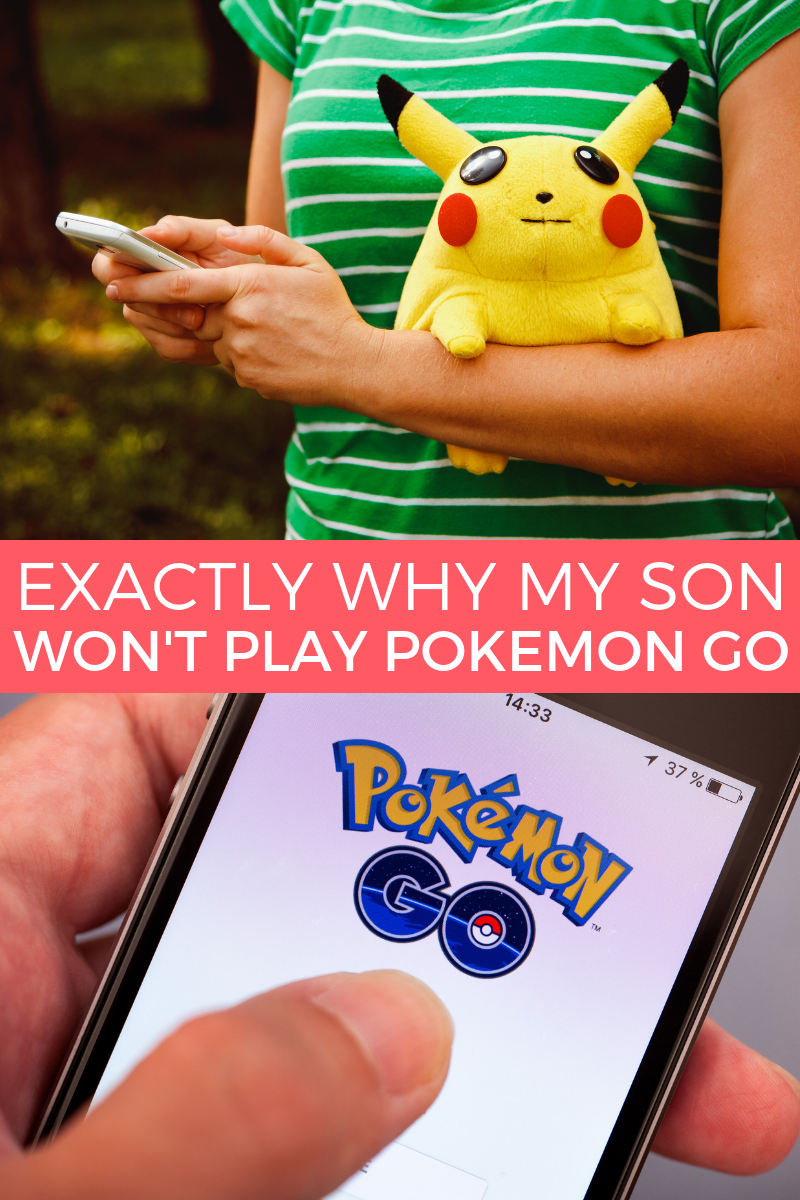 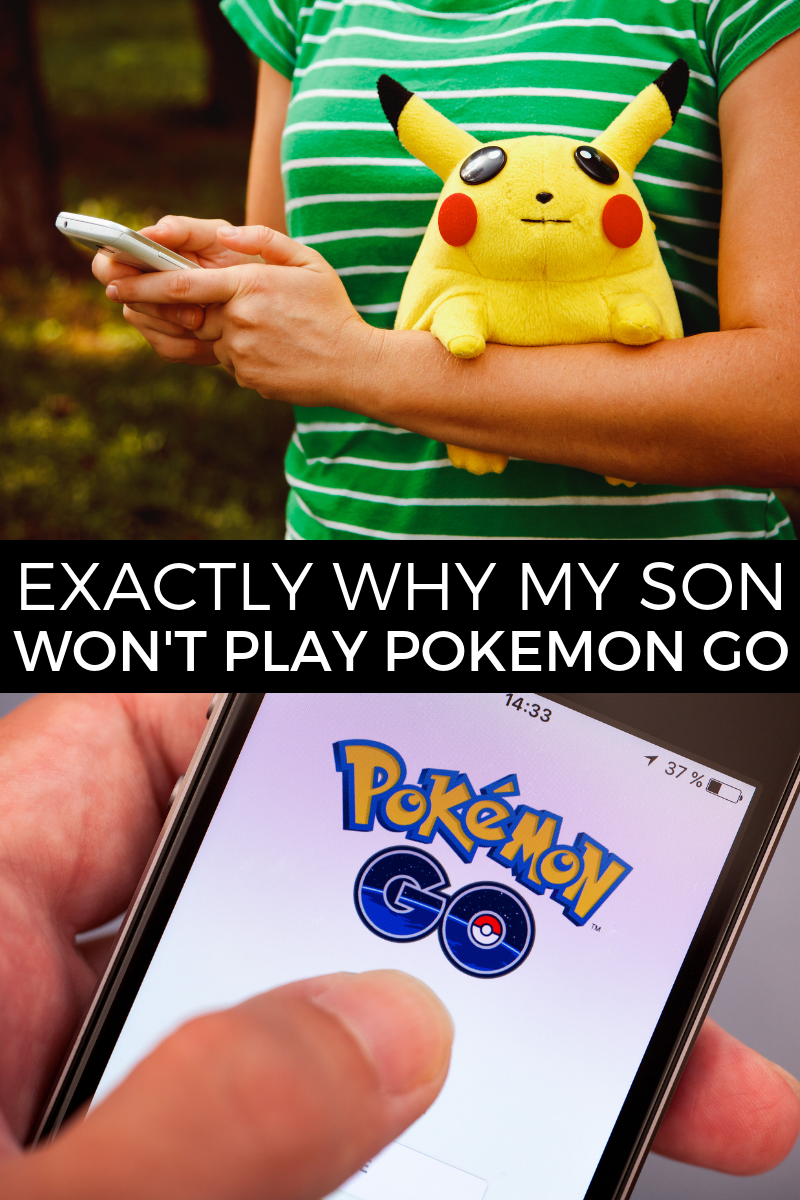 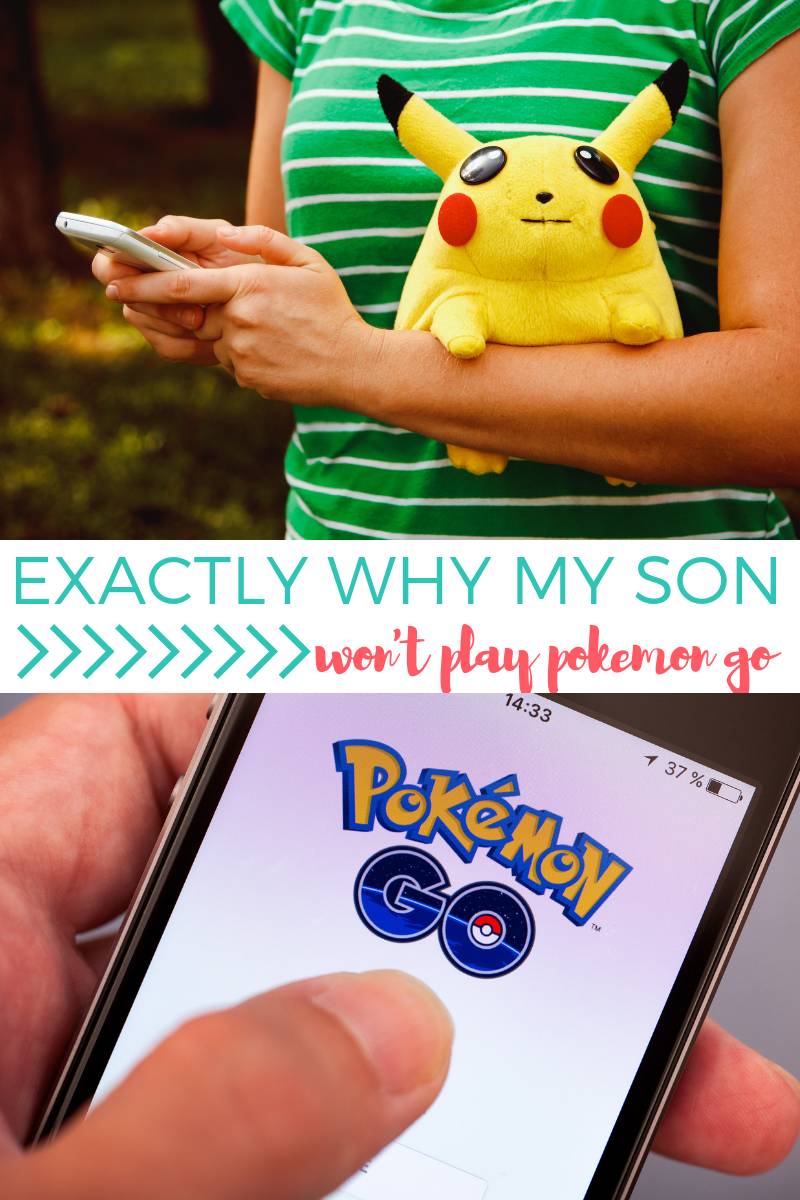 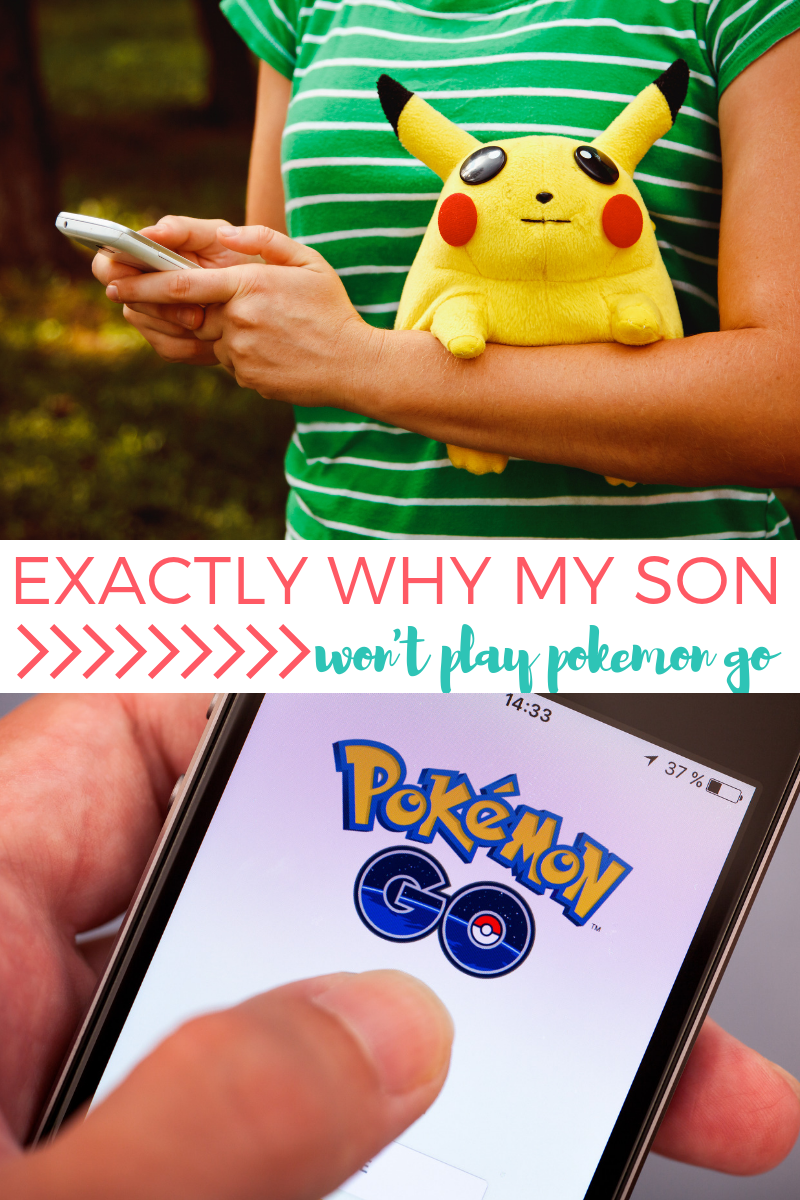 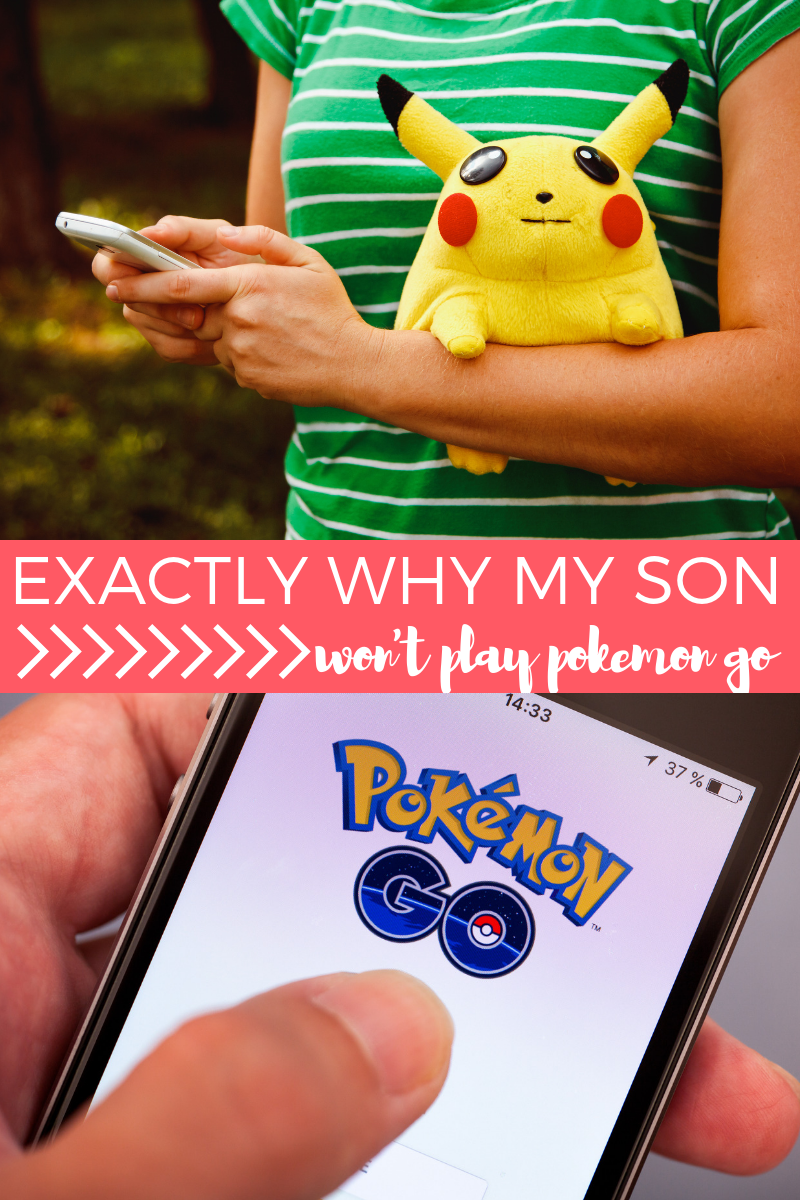 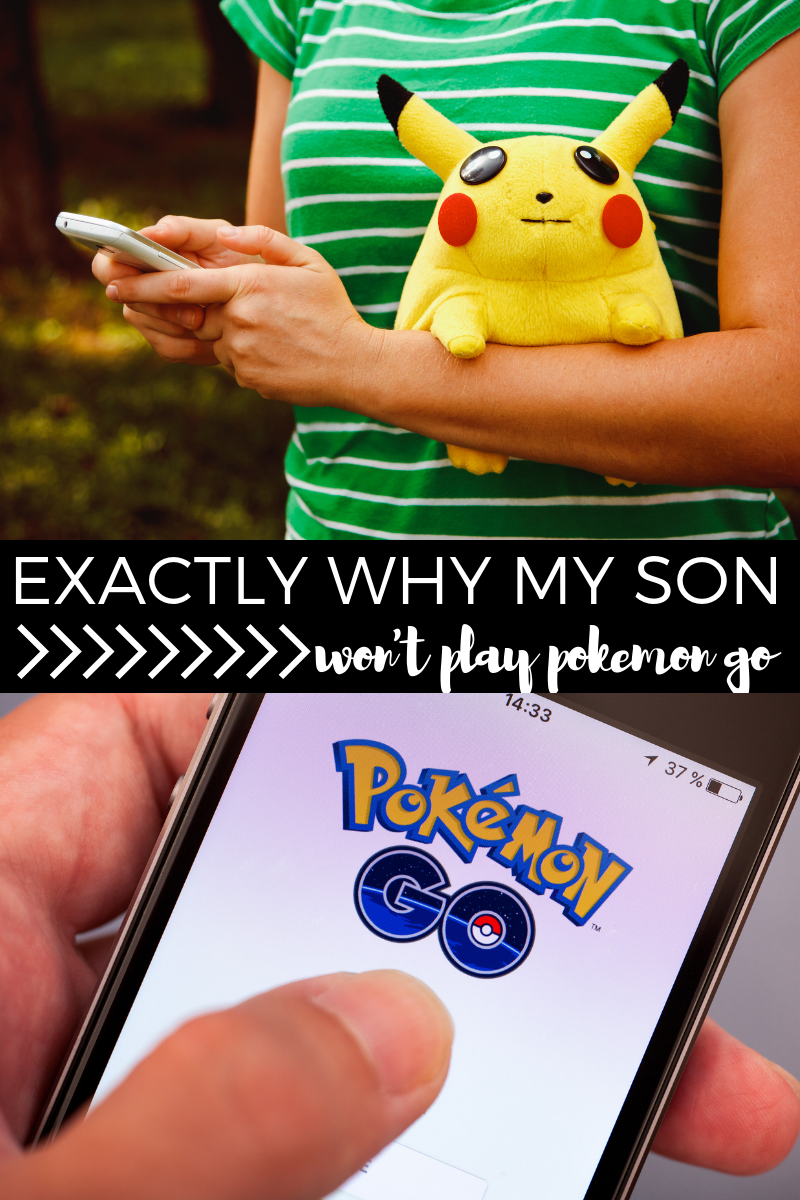 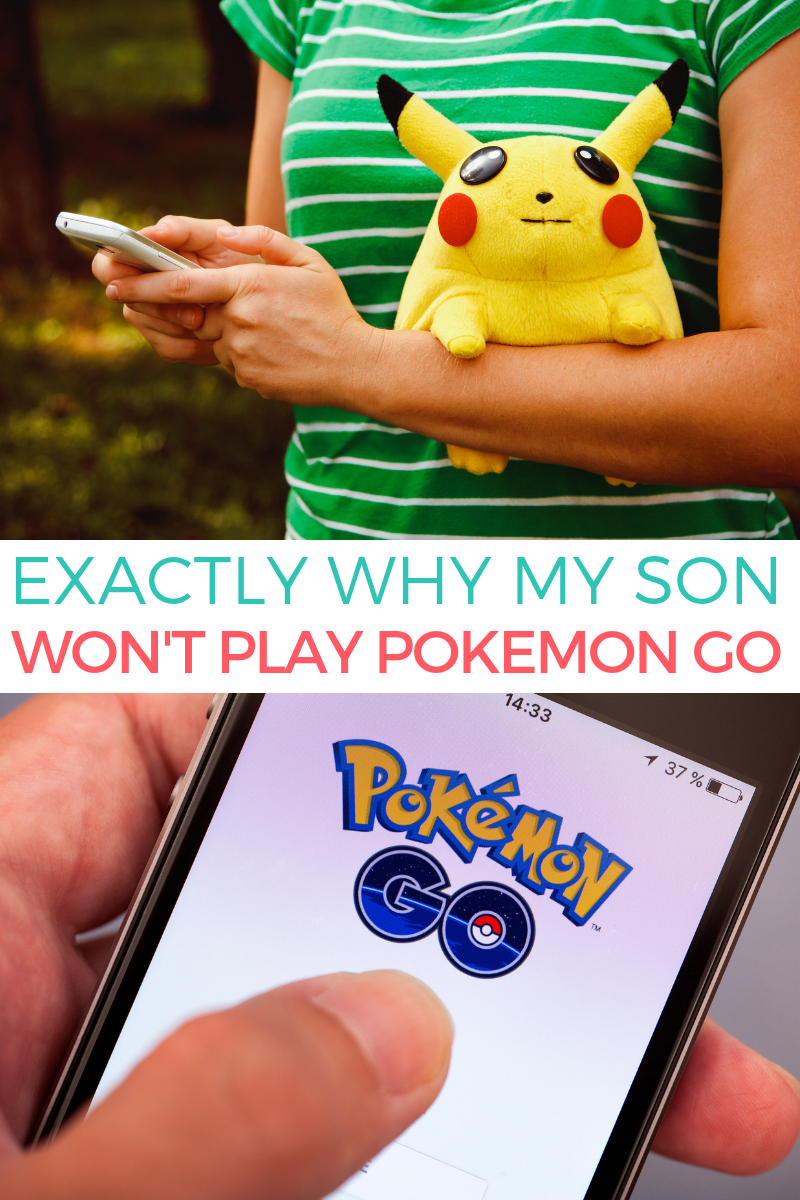 (Image description: a person wearing a green and white striped shirt holds a Pikachu stuffed toy while holding their phone playing Pokemon Go. White overlay with a text reads: “Exactly Why My Son Won’t Play Pokemon Go”. Below that, a close-up image of a hand holding a phone with “Pokemon Go” logo on the screen) 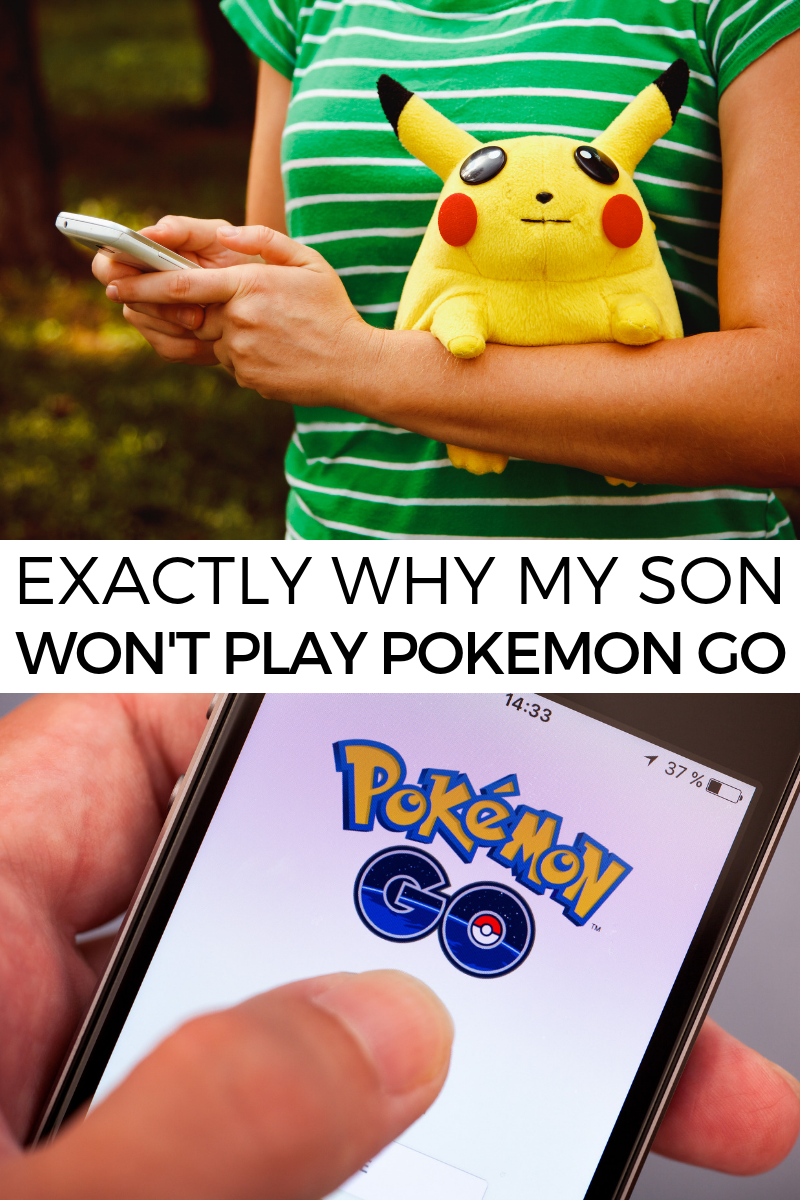 Now, before I get into the reason, I want to give this disclaimer first: This wasn’t my decision.

When I heard about this situation, I was outraged and my first instinct was to ban Pokemon Go from the house, but before I could even do that, my son came to the decision to stop playing Pokemon Go on his own.

We are working on finding another Pokemon Game that isn’t attached to Niantic for him to play. (Have a recommendation? Tell me in the comments!)

Niantic Partnered with Autism Speaks for an Autism Walk

Okay, let’s dive into it.

Niantic, the parent company for Pokemon Go, partnered with Autism Speaks for an Autism Walk they were throwing.

Trainers in Arizona! Come join the Autism Speaks Walk on October 28 and raise money for SARRC which provides research, treatment, education and community outreach for people with autism. You can find more information about the event here: https://t.co/IW2BJp8yry

And if you’re thinking, “well that sounds kind, supporting an autism organization”, it’s important to understand that Autism Speaks is a hate organization.

You can learn all about them in these posts:

Basically, Autism Speaks is a hate organization that spreads a fear of autistic people in order to fundraise, and then doesn’t use the money they raise to actually help autistic people.

Now, assuming the best, I hoped that Niantic just didn’t know about Autism Speaks. There are a lot of corporations, organizations, and celebrities that publically support the organization without realizing how harmful they are.

Autistic Advocates Spoke Out to Niantic

Hey, a lot of the Autsitic community *really* likes pokemon go. I still play it regularly.

I suggest you learn more about the Autistic community and why this group is *not* an ok organization to support.

Look at the overwhelming number of hurt replies from Autsitic people.

You cannot pretend to be supporting autistic people when you support an organization that wants to end autism.

No please don’t Autism Speaks have done more harm than any good. They see autistic people as broken, as burdens and are looking to eliminate us. PLEASE dig deeper and talk to autistic people themselves. We don’t want this/ This move has traumed many.

Please reconsider this. @PokemonGoApp is incredibly popular amongst the #ActuallyAutistic community, and to see you working with an organisation that is harmful towards us is very upsetting. Please work directly with #ActuallyAutistic people. Support us by including us.

@NianticLabs I get the sentiment. But Autism speaks has prompted abuse and hate towards people on the Autism Spectrum. This ranges from supporting Applied Behavioral Analysis to driving their only Autistic board member EVER to quit. They prey on desperation.

These are just a few of the dozens of tweets Niantic got telling them about how harmful this partnership would be. Begging Niantic to back out of the walk.

Niantic Knew it was Wrong, but Didn’t Back Out

And Niantic responded, but not in the way we hoped…

We’re excited to support the @SARRC_tweet in their walk, which is directly benefitting the school, and appreciate the response from many of you about the event. If you want to read more about SARRC and their work, we encourage you to learn more here: https://t.co/tKMeahvfLl.

First, they doubled down on their support for the Autism Speaks walk (conveniently leaving out the words Autism Speaks)…

And then they confirmed that they heard the feedback from autistic advocates, but didn’t care to actually do anything.

We hear and appreciate all the feedback, as well as the other recommendations for Autism organizations that you’d love to see supported, so please continue to share some of the organizations you’re close to.

It was at this point that I was talking to my husband about the entire debacle.

Now, you don’t live in my house, but if you did, you would know that I’m pretty passionate about autism, and rants like these are pretty common.

My husband’s pretty used to it, and the kids pretty much ignore it.

Except this time I said the words, “Pokemon Go” so my son perked up and was suddenly very interested in what we were talking about.

Telling My Son About Autism Speaks

Let me tell you, it was really difficult to tell my son about Autism Speaks.

How could I explain it so that he would understand, but wouldn’t be too upset by it?

This is an organization that has promoted parents who want to kill their autistic children.

This is an organization who capitalizes on a fear of autistic children like my son and I.

This is an organization that, at its core, would prefer a world where autistic people like my son and I do not exist.

How do I explain that?

I explained it the best that I could.

I told him that there’s an organization called Autism Speaks who pretends to help autistic people. But really, they think that autistic people need to change to act like they aren’t autistic.

I told him that they raise a lot of money, but they don’t actually use it to help autistic people.

And I told him that if they had it their way, there wouldn’t be any autistic people anymore.

And then, I told him that Niantic, the creators of Pokemon Go were partnering with Autism Speaks even though people told them how unkind that was.

He started shaking, and I saw tears in his eyes.

I thought he was afraid that we were taking away Pokemon Go, but when I asked him what was wrong he said…

“I am NEVER playing that game again…”

I was shocked, but I was also proud.

He told me that he loves his brother exactly how he is, and if the people who created Pokemon Go don’t support that, then he doesn’t want to play anymore.

So, he stopped playing.

He told my ex-husband and his family.

And he’s not turning back.