I took a few semesters of Spanish, but I never really retained any of it.

I thought that was because it just never really clicked for me, but then I learned about how the brain processes language.

See, the best way to learn a language is a process called “immersion”.

It’s getting more and more recognition and even some public schools are starting to offer Spanish immersion programs to their students.

But how can we offer immersive Spanish to homeschool kids? 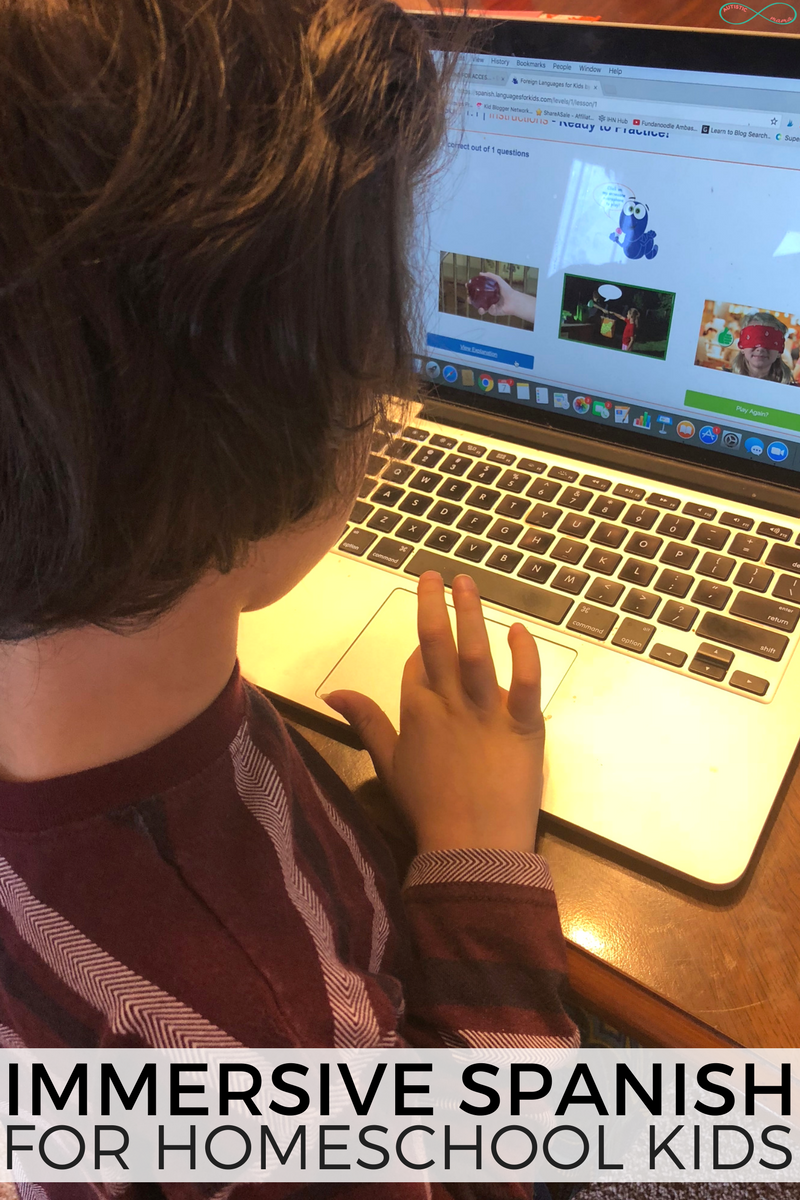 *This post is sponsored by Foreign Languages for Kids by Kids®. I was given access to the curriculum to try and compensated for my time, however, I was not required to give a positive review. All thoughts and opinions are my own.

We got to try a new immersive foreign language program with Mr. C, and he loved it!

We had so much fun with the lessons, but I’m getting ahead of myself…

First, what is immersive Spanish?

What is Immersive Spanish 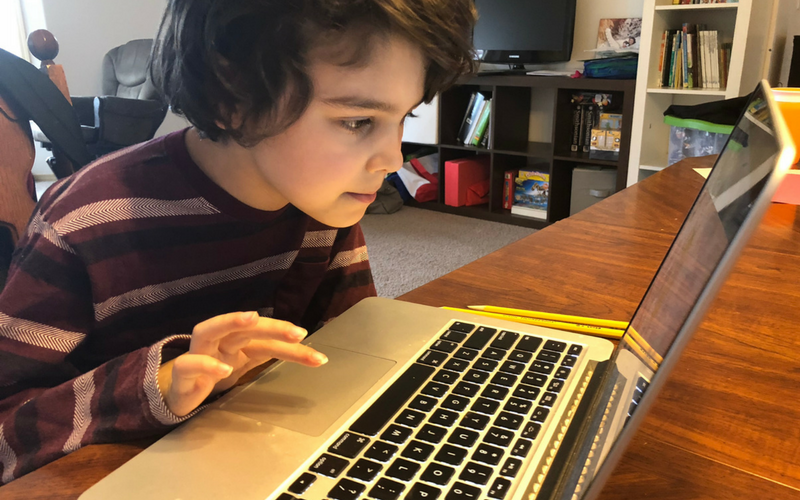 An immersive foreign language program is one where the student is immersed in the language they’re learning.

So instead of a teacher saying “Okay, class, this is how you say red in Spanish. ‘Rojo’. Can you say ‘Rojo’?”

The teacher would say ‘Rojo’ while showing several red objects so that you learn the meaning in a logical way.

Learning a language with an immersive approach helps you to truly understand and comprehend the language instead of just memorizing a list of words.

Why Use Immersive Spanish

They are able to pick up on the nuances of their second language, and they become more proficient because of it.

Think about it this way. Do you think you would learn a language quicker by reading a book about that language or by staying a few months in the country where that’s the primary language spoken?

We naturally pick up on language when it surrounds us, so your child will start to pick up their second language the same way they learned their first language.

Immersive Spanish for Homeschool in a Non-Native Speaking House 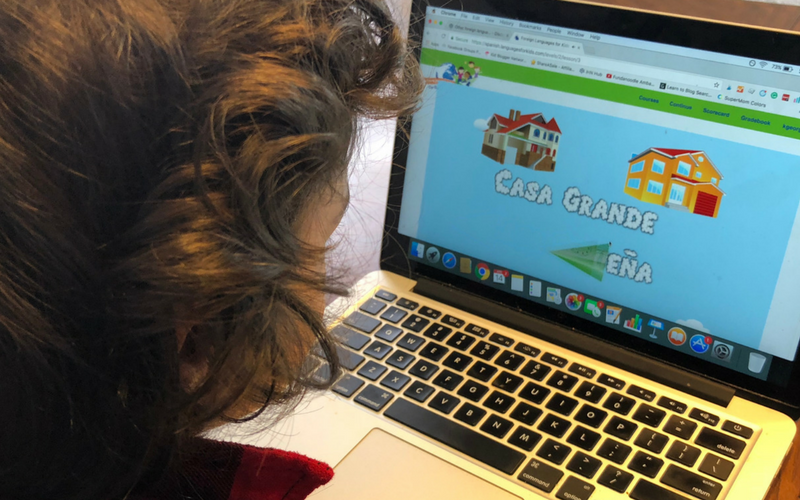 The struggle with immersive Spanish for homeschool families is that many of us are not native Spanish speakers.

How can we immerse our child with Spanish when we have to google what the Spanish word for red is (which I maybe had to do when giving an example earlier in this post…)?

Thankfully, Foreign Languages for Kids by Kids® has created an immersive Spanish curriculum for homeschool families.

We tried the video-based lessons with Mr. C and we were super impressed.

He’s struggled with picking up foreign languages before, but after the first lesson with Foreign Language for Kids by Kids®, he got every review question correct!

He told me that what they were saying actually made sense for the first time, and he has started actually asking me for Spanish practice!

Trying Immersive Spanish for Homeschool with Your Kids 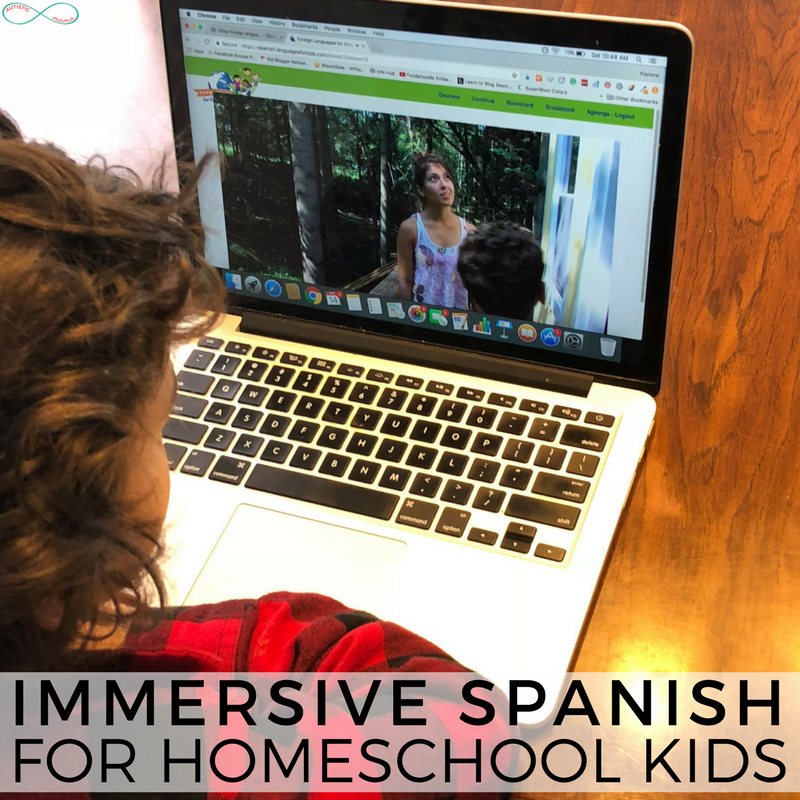 The video lessons from Foreign Languages for Kids By Kids® are bright and fun.

The kids take a virtual trip to Lima, Peru and learn Spanish with videos made by kids who speak Spanish fluently.

My son loved watching the videos, and he felt confident seeing how the language was actually used by kids just like him every day.

You can become a member of Foreign Languages For Kids By Kids® here. I recommend getting the Super Set, but you can also purchase the Early Learning, Single Level, or DVD Set.

And be sure you enter the giveaway below for a chance to win!