What Not to Say to an Autism Mama

If you’ve been reading for a while, you may have seen that my son A-Man recently got his official autism diagnosis, but we have known about his autism for nearly a year now. I’ve learned so much about not only autism, but other special needs as we’ve gone through this journey of therapies and specialists and diagnosing.

One thing that has amazed me is how people truly want to be supportive of families with kids with special needs, but sometimes we just don’t know what to say or how to say it. So today I’m sharing some tips of things not to say to an autism mama, though these could fit for other special needs as well.

What Not to Say to an Autism Mama 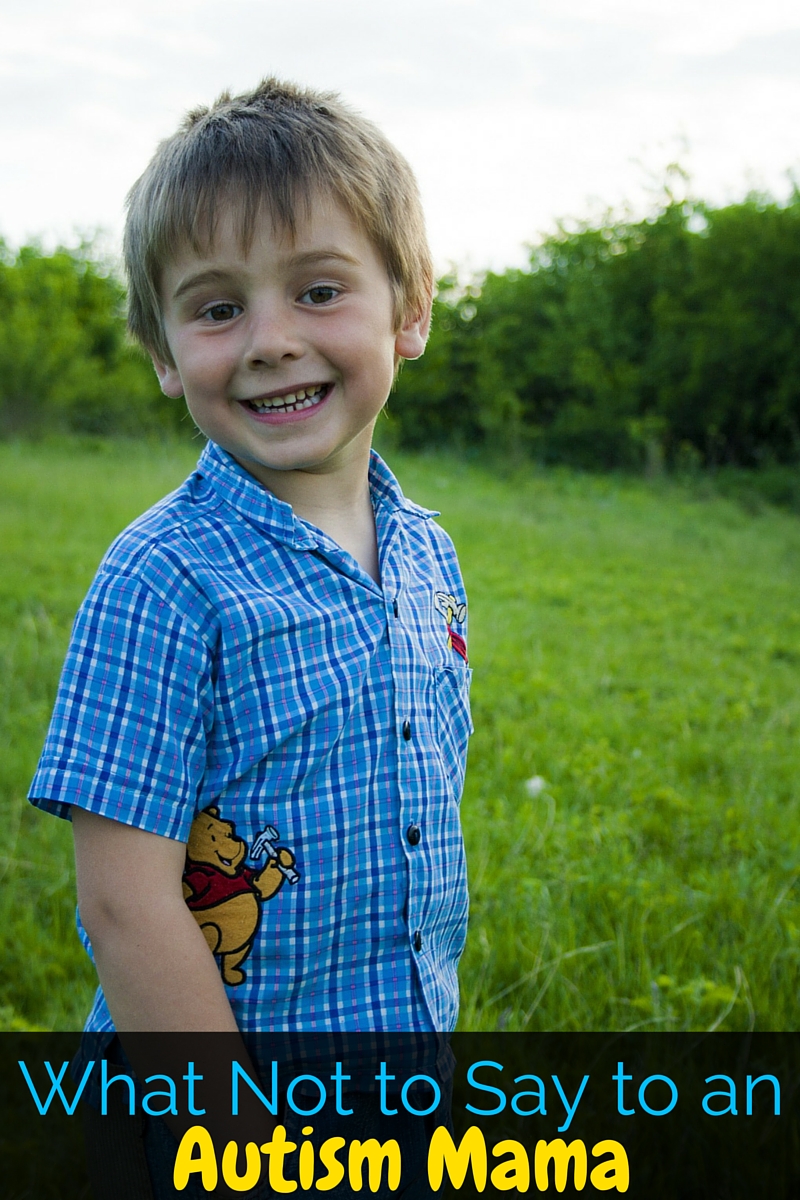 This one can sound like a compliment, and most who say it mean well. The thing is, autism is a very, very wide spectrum. There are people who are severely autistic who most people associate with the disorder. These people may have extreme troubles with eye contact and they may stim often.

However, there are also autistic people who don’t fit that stereotype. A-Man has, after a year of intensive therapies, started making eye contact fairly regularly. His stimming is subtle and you wouldn’t catch it unless you were really observing him.

He is still autistic. We still have the struggles. We still had to fight for years for doctors to listen to us. Saying my son doesn’t look like your view of a disabled child minimizes the struggles that we face everyday.

I Always Knew There Was Something Wrong

On the flip side, this is a big no-no. First, there is nothing “wrong” with being autistic. A-Man’s brain is wired differently than a neurotypical child’s. This means that he has struggles in some areas that are easier for other children, like social situations and dealing with sensory input.

However the way that he learns and experiences the world so differently allows him to create in ways that we could never imagine. Many of history’s geniuses are believed to have had autism including Thomas Jefferson, Einstein, and Mozart. You may have always noticed something different about a child with autism, but there was never something “wrong”.

Will He Ever Be Normal?

This is an extension of the last, but I felt it needed it’s own category. If by “normal” you mean neurotypical, then no. An autistic child will not outgrow their autism and suddenly be neurotypical.

If by “normal” you mean fit into society’s view of what children and people should be, than I certainly hope not. I also hope that Mr. C isn’t “normal”. I want him to be himself. I would not encourage any child or person to change who they are to please random strangers or to “fit in”.

As long as they are not hurting themselves or others, why can’t we just let people be who they are? I am certainly not normal. I don’t like apple pie or bacon, so in this country I’m practically an outlaw! Society should give up it’s obsession with normal and embrace our individuality. 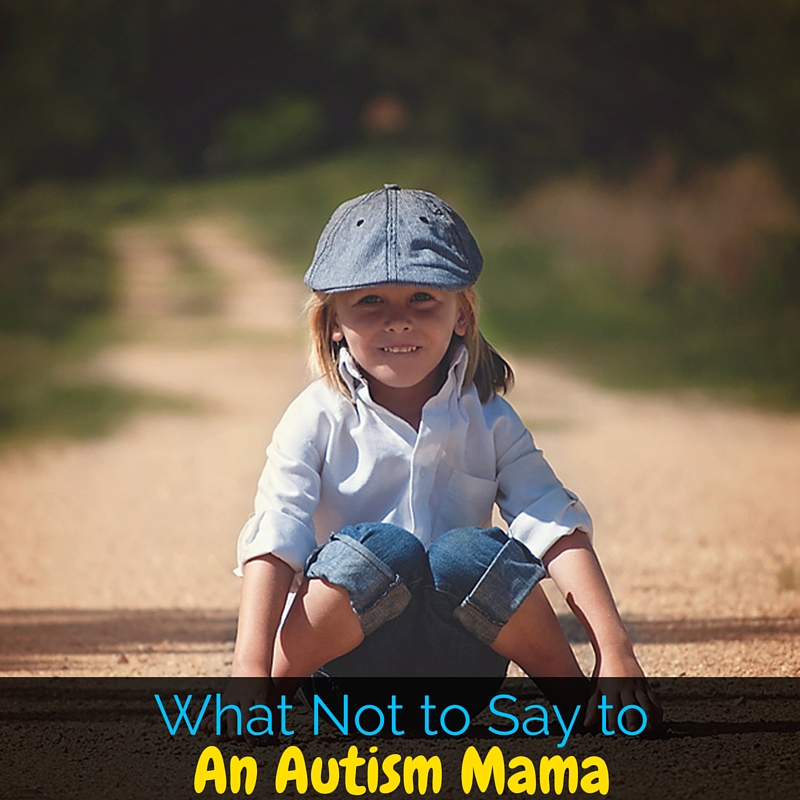 Oh Yeah, My Son Has Meltdowns Too

I’m going to go out on a limb here and guess that, no, your son does not have meltdowns. I would guess that your son has tantrums. There is an incredible difference between a sensory meltdown and a tantrum. Trust me, our children have both.

A tantrum is consoled if you give in, for example, if little Timmy is screaming over wanting a popsickle and you give him one, he’ll stop screaming and eat his popsickle. However if A-Man is having a sensory meltdown, he will scream, thrash, hit, kick, and lose complete control of himself.

If the meltdown started over being hungry, giving him a snack won’t help. There is no stopping it until he’s done. Thank you for trying to empathize with us, but it isn’t really the same thing.

Everyone Has Autism Now, I Think Bad Kids are Just Bad Kids

Entering in with you believing that everyone is autistic I’ll also throw in implying that we can “spank the autism” out of our children or that autism is caused by bad parenting. Just don’t. If you believe that autism is some weird conspiracy theory, please, please leave us out of it.

Our families have faced real struggles, sometimes for years before we find people to listen and help. If you think autism is made up because your cousin’s boyfriend’s sister’s aunt used it as an excuse for her bratty child, that’s fine. Leave us alone.

Your Thoughts on “Causes” or “Cures” for Autism

Similarly, we are not looking for a cure for A-Man’s autism. It isn’t a disease, and there’s nothing wrong with autism. We actually actively advocate against organizations such as autism speaks for their beliefs on “cures”.

So whether you think that there’s a perfect autism therapy out there, or a certain diet that will suddenly make A-Man neurotypical, I don’t really want to hear it. We are focusing on making sure that with his severe sensory aversions he actually eats, even if that means he has way too many chicken nuggets. 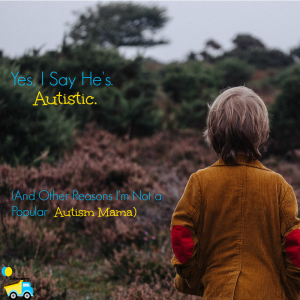 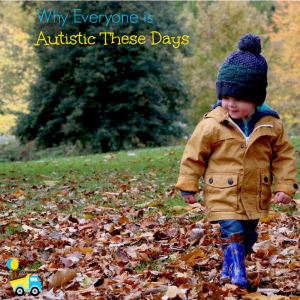 12 Comments on What Not to Say to an Autism Mama