I have been a LuLaRoe Retailer for just over a year.

I’ve even written about it on this site. About how it brought my husband home full time and about all the things you need to become a retailer.

Now I’m here to tell you I’m sorry I ever wrote about them.

LuLaRoe has decided to stand with a retailer who openly mocked people with disabilities on a live video sale.

That’s nothing I can stand behind. 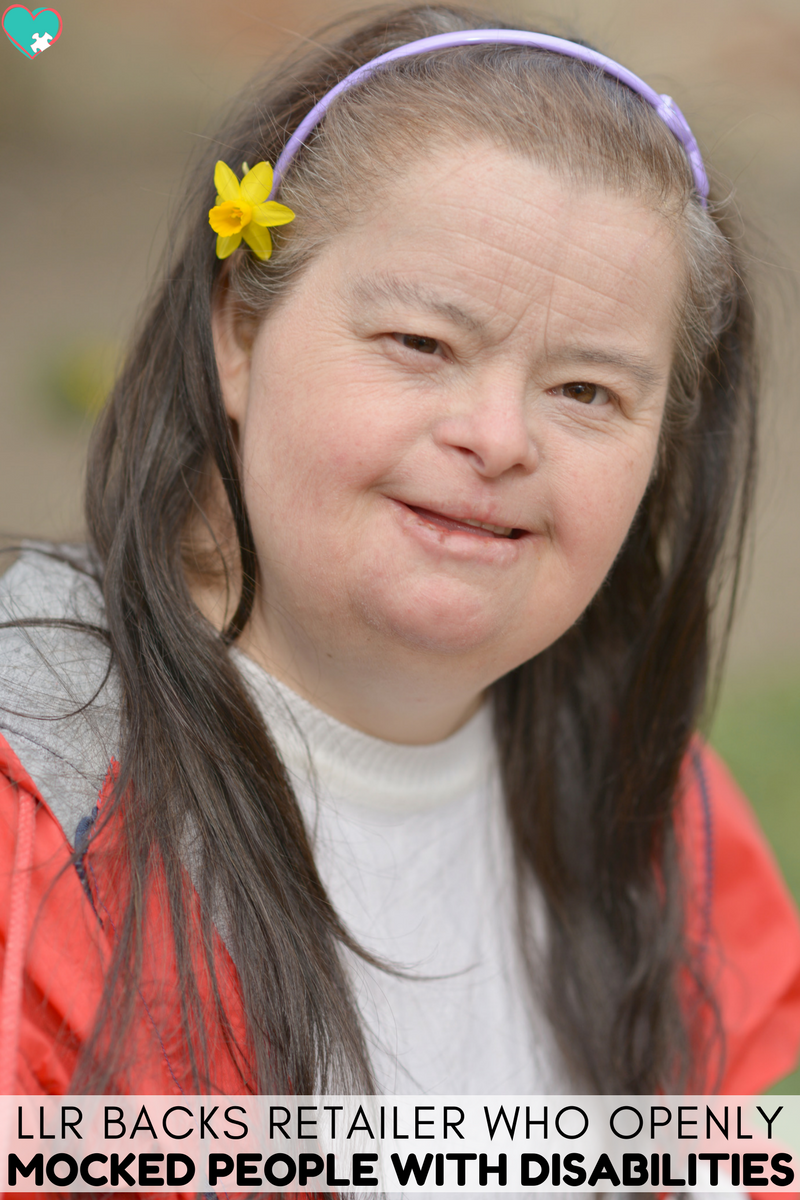 I stayed with LuLaRoe when they have royally messed up in the past.

I didn’t complain to anyone outside my family or my fellow retailers when they had several disaster product launches.

I chocked it all up to “growing pains”.

This retailer mocked people with disabilities during a live sale. You can see the video here. *Warning, it’s ableist. Obviously*

Psssst… Check out this post on the ridiculously simple way to know if something’s ableist.

Then? They apologized. Kind of, but not really.

See, the retailer had his sister-in-law who has Down Syndrome sit with him through the apology.

They laughed and joked through the entire “apology” video, saying that’s just how they joke around and clearly they shouldn’t have done it… live.

He repeatedly says things like “I always thought I’d have a Down Syndrome in my family” which is incredibly offensive and doesn’t make any sense, anyways.

PS: Grab a list of disability-friendly businesses by entering your email below 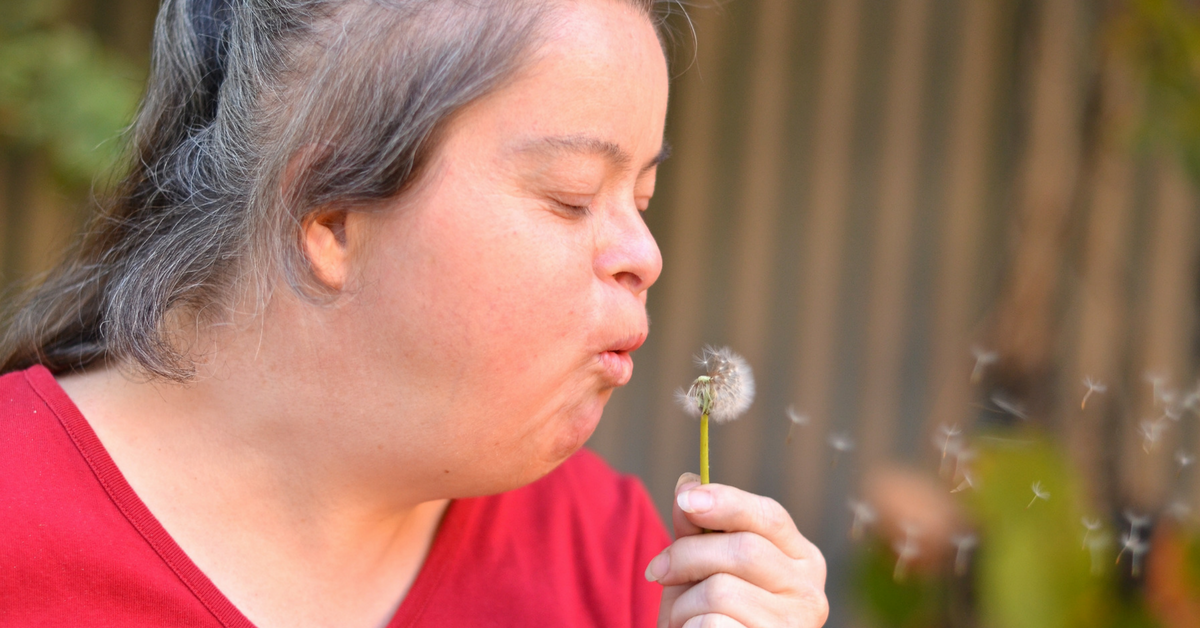 LuLaRoe and The National Down Syndrome Society

As is custom, Scarlet got a dressed named for her.

And because Scarlet has Down Syndrome, a percentage of every Scarlet sold is donated to the NDSS.

At last year’s convention, LuLaRoe held a gala and auction and donated all proceeds to NDSS.

They partnered together at NDSS’s Buddy Walk event in New York.

So clearly, LuLaRoe would swiftly handle their retailer being ableist while representing the company, right?

How NDSS and LuLaRoe Responded

The NDSS made their statement which you can see on their Facebook page here.

And then LuLaRoe made a follow-up statement about how they didn’t want to threaten this person’s business.

You can find LuLaRoe’s statement here.

See, Chris and I had made the decision to stop selling.

LuLaRoe takes a lot of time, effort, and space, and we could better spend our time elsewhere.

We were going to leave quietly.

We were going to smile and tell people we love LuLaRoe, we just had other things we had to do.

LuLaRoe has made it abundantly clear that they do not care about what’s right.

They care about what makes them money.

I cannot in good conscience support a company that has made such a horrific decision while saying it “loves all people”. 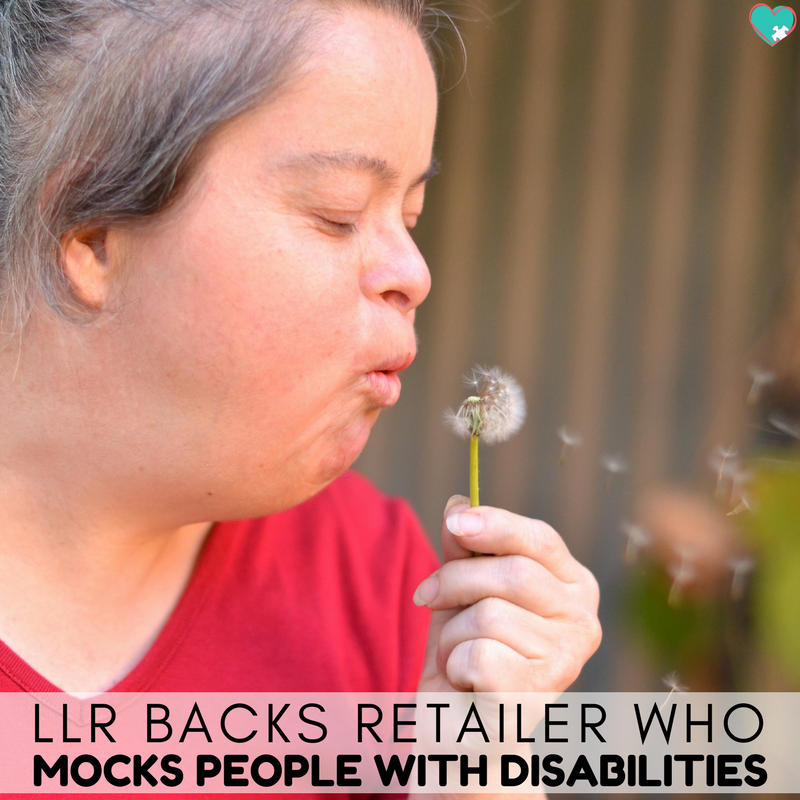 This is where I’ll let you in on a little something.

This summer I was pregnant with my fifth baby, Sweet C.

Doctors told us that our chances that Sweet C would be born with Down Syndrome were doubled.

Chris and I were fine.

Why did they do that?

Because society still believes there’s something wrong with Down Syndrome.

That’s a belief that LuLaRoe promoted today, and that’s a belief I adamantly fight against as an autistic woman and disability advocate.

If you want to stand up and fight against this belief with me, there is something you can do.

What You Can Do Now

Donate to the National Down Syndrome Society Here.

Seriously, that’s the biggest actionable step you can take.

That LuLaRoe gala I told you about above? It brought in more than NDSS’s annual budget.

Cutting ties with LuLaRoe is going to hurt them financially.

I’m immensely proud of them that they are going to cut ties and stand up for what is right.

They are an organization with integrity, they’re one that deserves our support, and they really need that support now that one of their largest donors is gone.

Join a Facebook group where the voices of parents, family members, caregivers, and autistic people are all welcome and respected below.

21 Comments on LuLaRoe Backs Retailer Who Mocked People With Disabilities