Most people have heard the statistics. 1 in 68 children have autism, and with boys it’s 1 in 42. Autism is often believed to be a boy-specific diagnosis, so it can be challenging to diagnose girls. We’ll cover girls later in this series, but today, we’re talking all about autism in boys.

This is a part of the Autism A-Z series for Autism Acceptance Month. You can check out the rest of the posts here. I’ve decided to take it a step past autism awareness and “light it up blue” and I’m promoting true acceptance and understanding. 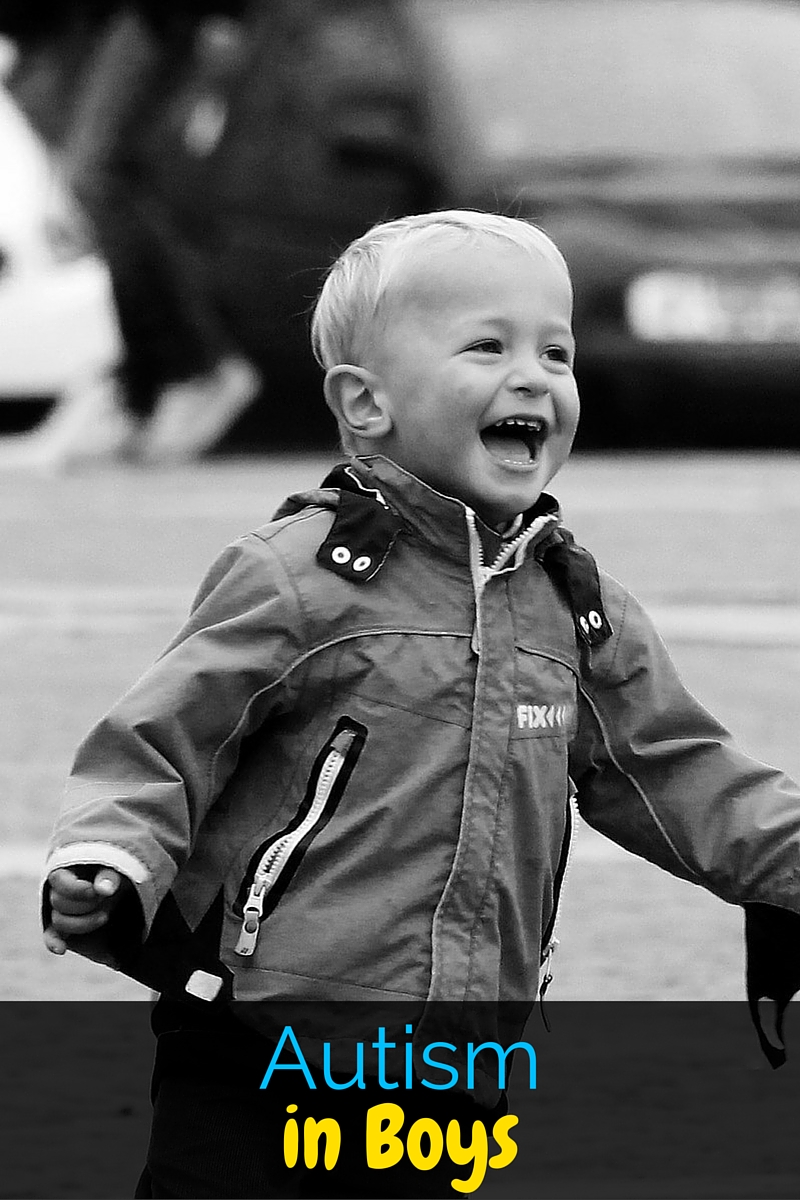 Boys with autism will exhibit more of the behaviors traditionally associated with autism. They may struggle socially and avoid eye contact. Many autistic boys have delays in speech, and they may use scripting from their favorite movies or tv shows to get their point across before developing true expressive language.

Autism has a strong sensory component as well, so you may notice that your son is very particular about textures, smells, or bright lights. You can also expect to see rhythmic, repetitive behaviors such as head banging, rocking, or hand flapping.

Why Autism is More Likely in Boys

Well, this is a complicated question. First, there’s a debate on whether autism really is more prevalent in boys or not. The typical characteristics associated with autism are more specifically connected to boys with autism, so autistic girls tend to go un-diagnosed or mis-diagnosed for years.

Another potential reason that boys are diagnosed with autism more often than girls is that we look for autism in boys more often. When a boy struggles with eye contact or following directions, almost immediately discussions of autism start, however with a girl people typically gravitate towards simply labeling her shy. 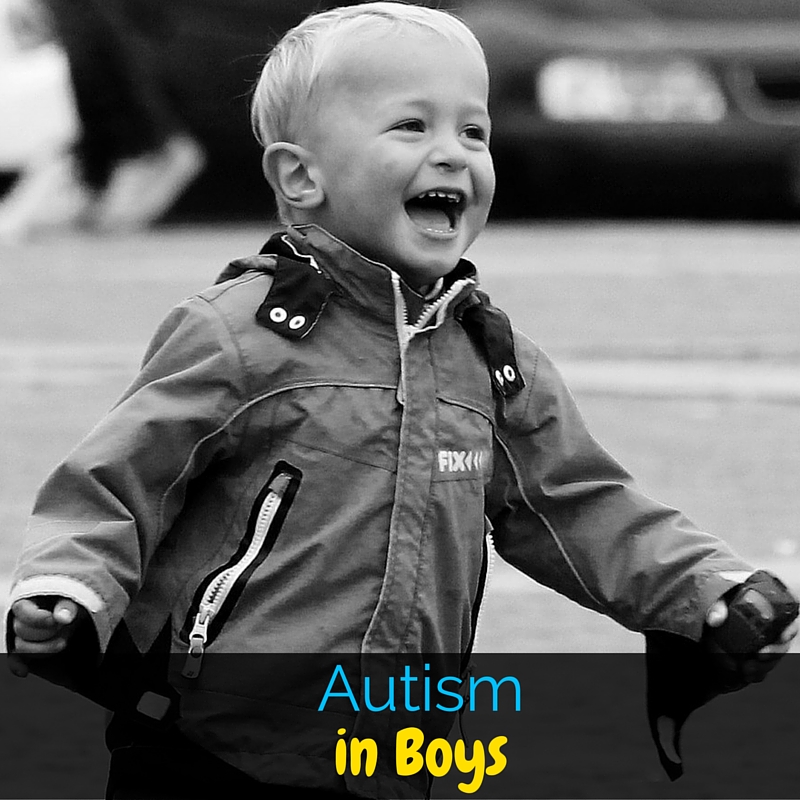 The best way to support autistic boys is to meet them where they’re at. If they have an obsession with trains, learn all of the names of the Thomas characters. If they need activity, find ways for them to safely let out their energy.

Help to provide the sensory input they need or help them to avoid the input they can’t handle. Use PECS or scripting to communicate when necessary, and really just do your best to be involved.

Autistic boys are typically seen as living “in their own world” but it can be truly amazing when you make an effort to be included in that world. It’s a beautiful and unique place!

Do you have an autistic son? What qualities do you think make him special?

Don’t forget to check out the rest of the Autism A-Z series!

4 Comments on Autism in Boys