Then She Asked "Are You Autistic?" - Autistic Mama

It was a totally normal conversation with a friend. We were talking about things that drive us up the wall, and after a few messages back and forth it became obvious that seemingly “normal” things were completely intolerable to me.

If my husband takes a different route to the grocery store, for example. Annoying? Possibly, but for me absolutely intolerable. It could send me into a full blown meltdown that lasted all day. I mentioned that I feel more empathy for A-Man than most people because I understand what it feels like when something the world sees as so small is so, so, big to you. 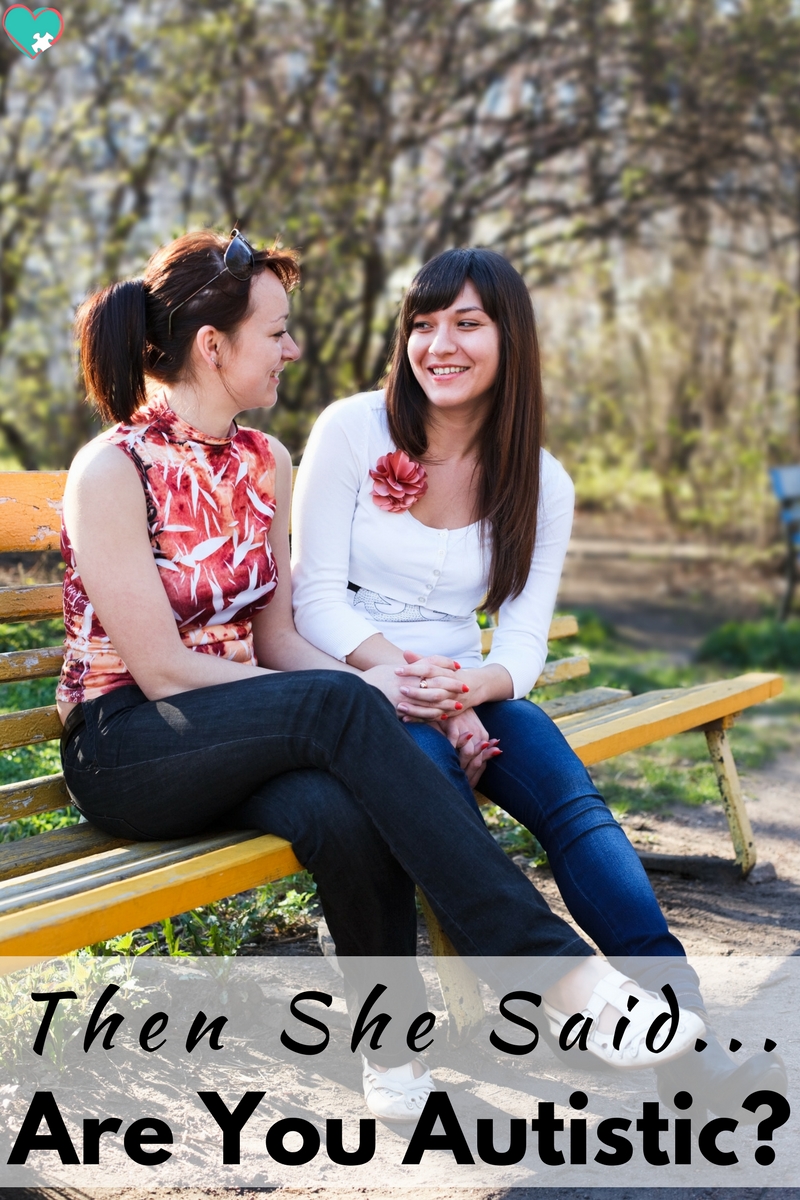 Then She Asked, “Are You Autistic?”

See, this particular mom friend has an autistic daughter. So when discussing my rigidity, she made the simple comment… “Don’t take this the wrong way.. But do you think you could also be autistic?”

To be honest, I wasn’t sure what the right or wrong way to take that. No one had ever asked me before, and it really was just something I’d never thought of before.

It really just wasn’t something I had ever considered before. I had plenty of friends growing up. I can make eye contact. It’s painful, but I can do it. I have always had eating struggles, but I was sure I was just picky.

I liked things a certain way, but was it more than that? Was it really autistic rigidity? Could it be possible that at 23 years old, as a mother of four kids, I was learning that I was also autistic?

I grew up in the 90s. While there was a lot of “awareness” campaigns for autism growing during that decade, the majority was focused on “severe” autism. Most people’s idea of autism was a non-speaking, aggressive boy because that’s the stereotype that was portrayed.

Turns out, a bunch of autistic people went undiagnosed or misdiagnosed with autism in the 90s when they didn’t fit that stereotype. This happened even more to autistic girls because autism was largely seen as a “boy’s disorder“.

The fact is, girls can definitely be autistic. They just present their autism “symptoms” differently than boys do. The diagnostic criteria was written with boys in mind, so it can be really difficult for autistic girls to get diagnosed.

As I started researching the different signs of girls, everything became more clear. See, autistic girls tend to find ways to make up for their communication struggles. Lots of autistic girls mimic their friends and can have “normal” conversations by observing “normal” behavior and learning to repeat it. 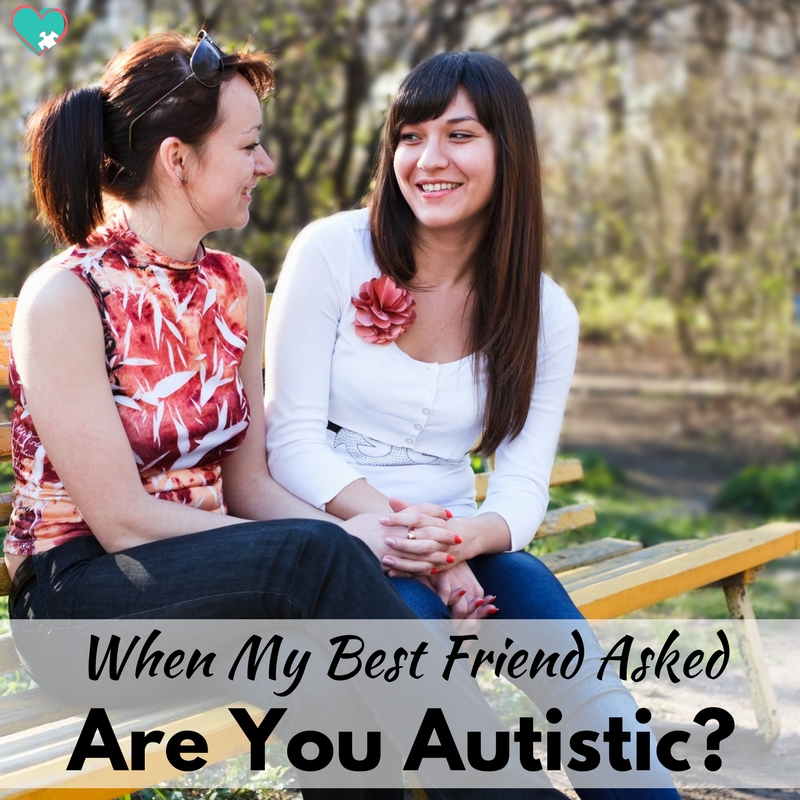 I Thought I was Just “Weird”

My whole life I’ve thought I was weird. I always knew that I had anxiety, but I didn’t have any way to explain “just feeling different”. I hid away with my books for hours and hours on end. School came easy to me, but I was always extremely “ditzy”. See, I was never the person who understood the joke.

I was also really easy to fool. Once my friend convinced me that cars have “blinker fluid” and without it, my car blinkers wouldn’t work. I have always taken things extremely seriously, and I see the world with black and white logic.

Why We Didn’t Pursue an Official Diagnosis

As I did more and more research and had more and more conversations with people about what I was researching, it became more and more clear that the pieces were fitting together. So many of my behaviors, preferences, challenges, and struggles were suddenly making sense to me and to those who knew me.

Then came the real question. Should I pursue a formal diagnosis? It’s a loaded question. One that many adults are facing. As our generation that wasn’t diagnosed grows up, and our children are getting an autism diagnosis, and we’re wondering about our own neurology, we have to choose whether or not to go after a “real” diagnosis.

To get an official diagnosis, I would need to travel over an hour to find someone who even could diagnose me as an adult. I’d need to go several times and answer all the questions that I had already been finding answers for. I’d spend a lot of money (because insurance very rarely covers this process) and time, and even then may never get an accurate diagnosis because the criteria is written with children, and particularly boys, in mind.

With all of that said, we decided against pursuing a formal diagnosis at this time. I have too many babies to lug myself an hour away to several appointments that won’t tell me anything I don’t already know. Between extensive research, introspection, discussions with those who know me best, and discussion with several professionals (who just aren’t the “right” person to be able to give an official diagnosis), I’m confident enough to say that I’m autistic.

What Being Autistic has Changed

Really, coming to the realization that I’m autistic hasn’t changed a whole lot. I understand myself a lot more, and Chris has come to understand me better as well. It has also made so much more sense why I’ve always tended to side with self-advocates versus most autism parents on issues like identity language or autism therapies.

I’ve been more confident sharing my thoughts and opinions about autism and neurodiversity because I know that it’s coming from the right place. I’ve also been able to use my voice to help bridge the gap between autistic self-advocates and autism parents.

With that in mind, I’ve started a new Facebook group called Embracing Autism. It’s a safe place for autistic people and parents of autistic kids to join together and learn to understand, accept, and embrace autism! If that sounds like a group you’d like to be a part of, enter your info below!

8 Comments on Then She Asked “Are You Autistic?”