This seems to be one of the hottest debates among Christians lately. Isn’t that just sad? Is there not more pressing issues than what pants a woman wears? There’s tons of children starving, but we need to determine once and for all if it is appropriate for a woman to wear yoga pants when she isn’t actually doing yoga. For those of you reading this hoping that I will uncover all of the reasons that I believe that women should dress modestly and should ban yoga pants from any activity other than strict yoga-ing, spoiler alert, I’m not.

I truly and honestly believe that what a woman wears is entirely her choice and is dependent on her comfort level. I think that yoga pants are extremely comfortable, and since I work at home you can often find me at my desk typing away in yoga pants. That said, I don’t wear them out and about, but it has nothing to do with “causing men to stumble”. I’m simply not comfortable with it. Maybe I will be in the future, but for now, I prefer jeans, and that’s just fine. If you prefer yoga pants, that’s fine too. You’re no less Christian because of it.

The Argument for Yoga Pants 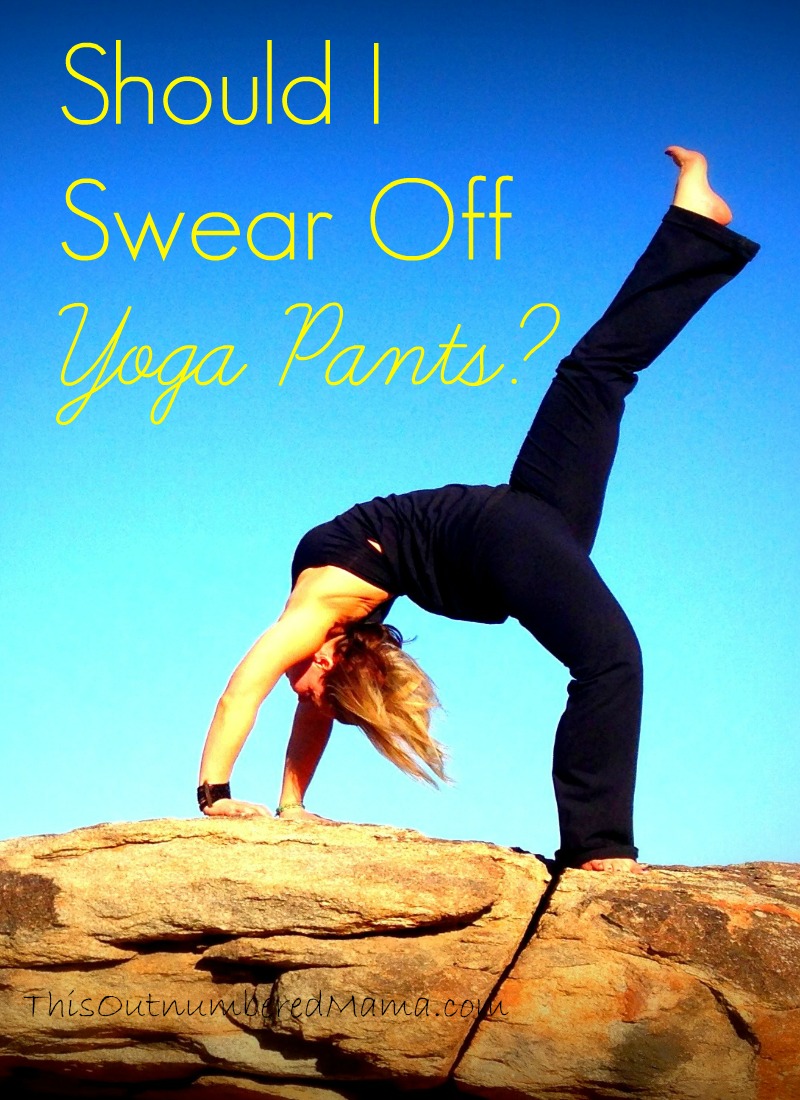 Modesty Is Different For Everyone

Modesty is defined as “behavior, manner, or appearance intended to avoid impropriety or indecency”. No where in that definition does it clearly state that yoga pants are inappropriate. So who, then, is to determine what exactly qualifies as “indecency”? Your husband? Your Pastor? The Church? In my opinion, that is a choice between you and God. For some, yoga pants may be where they draw the line. Others may draw the line at “short-shorts”. I don’t believe that any person should have control over what parts of another person’s body are showing. That said, I absolutely believe that you should respect your husband’s wishes, but making decisions about what clothing you wear just because of someone else’s opinion is sad.

At many gyms it isn’t unusual to see men without shirts on as they work out, and no one thinks twice. Their gym attire doesn’t “leave much to the imagination” as people would say, but it isn’t an issue at all. If a woman was struggling with lust because of an outfit that a man was wearing, society would be quick to judge her. Don’t believe me? How much of a stigma is there around Christian women and porn addiction? However when a man struggles with lust, it becomes a woman’s responsibility to change out of her comfort zone to make it easier for the man. I sincerely don’t see the logic in that.

So, I will keep not wearing yoga pants, mainly because I gained a bit more weight with Baby M and yoga pants do not do me justice. If you love your yoga pants, go rock them! If you don’t wear yoga pants, that’s great too! Do whatever you are comfortable with. And please, please, don’t let a blogger (me or others) make your decision for you!

So what side are you on? Should women ban yoga pants?

5 Comments on Should I Swear Off Yoga Pants?