5 Times When it Feels Like Autism is Ugly - Autistic Mama

(Inside: Even while appreciating all of the beauty and uniqueness that comes with autism, there are some times when it feels like autism is ugly.)

Here’s the thing, friend. I spend a lot of time talking about neurodiversity. I share the things that they won’t tell you about autism, and I speak out against harmful autism therapies and Autism Speaks that try to make autistics act more neurotypical.

I firmly believe that all autistic people are unique and beautiful, and I would not change them for the world.

This post is not about me being a “warrior mommy” and it isn’t about disrespecting autistic people, it’s just about sharing the reality that we face. 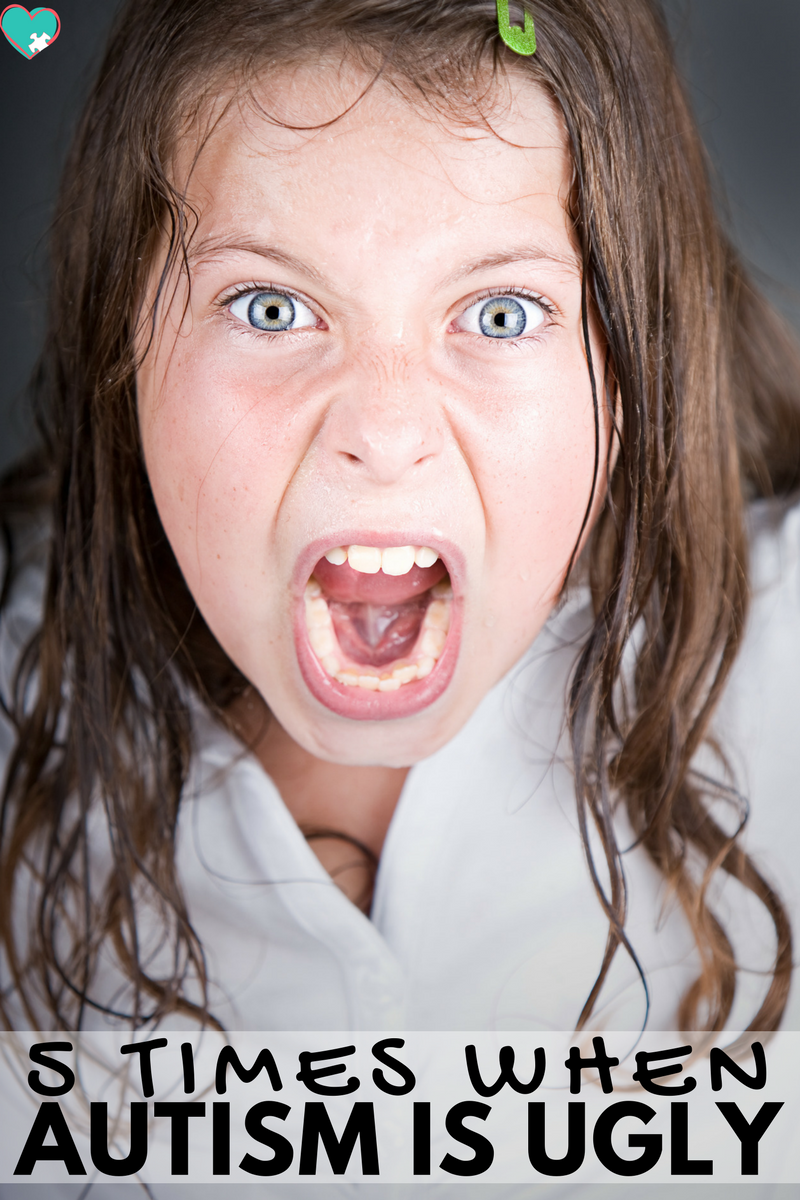 I’ve written about autism meltdowns and how to tell the difference between a meltdown and a tantrum, but I haven’t really gotten into the nitty gritty about meltdowns.

When in a meltdown, autistic people can shut out the whole world around them.

Meltdowns are loud and they can be downright scary.

I suffer from chronic migraines, so A-Man’s screaming meltdowns can be extremely hard on me some days.

We both have extreme sensory needs, and there are some days where those needs just do not mesh.

There are days where he’s screaming at me, and I’m losing my mind, and we’re barely making it through.

Autism can bring a lot of aggression, whether from being frustrated with communication struggles or needing the sensory input that hitting and pushing brings.

While it becomes easier to deal with the aggression when you can understand the reasons behind it, it still is never really easy.

During my pregnancy with Miss S we had to get pretty creative in keeping me (and mainly my belly) safe from aggression.

A-Man was just about belly height, and he would hit my stomach when he was angry or overwhelmed.

The Late Nights and the Worrying

Autism does have a way of causing some really late nights.

On one hand, A-Man really struggles to settle enough to fall asleep sometimes, but luckily we’ve been using this DreamPad Music Pillow which has helped A-Man fall asleep easier and stay asleep all night.

What that pillow can’t fix, however, are the late nights up worrying.

Will my son get the services that he needs? Will he get the respect that he deserves? Will he be bullied? Will his therapies help or hurt him?

Am I advocating for him or drowning out the voice of disabled self advocates? When he’s an adult, will he be thankful that we used identity language and did what we could to respect the autistic community’s opinions?

What if my son wanders away one day? What if he doesn’t make friends? What if people take advantage of him?

What if he’s labeled a problem child or a “brat”?

All of these worries are things that keep me up at night.

I like to hang on to these Bible verses for special needs moms when I get too worried. They give me comfort. 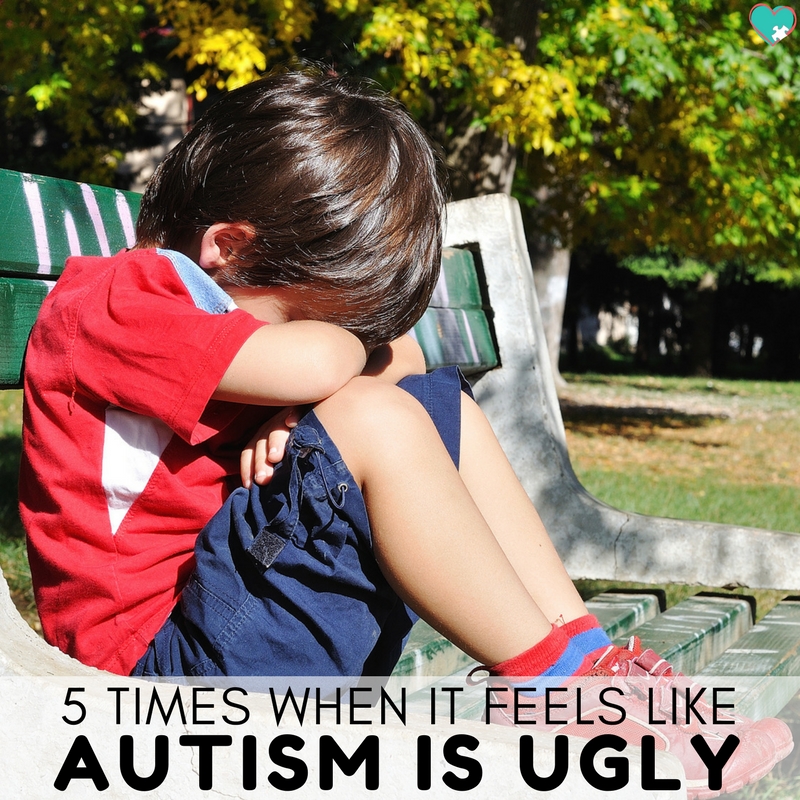 Unfortunately, the communication struggles that autistic people face can be extremely frustrating for them and for those they’re communicating with.

A-Man is able to form his words correctly, but he struggles with expression and knowing what to say when.

It can be really frustrating for both of us when I know that he wants something but I can’t figure out what, and he can’t find the words to tell me what he needs.

I think this is the hardest part. As autism mama’s, we are constantly in fight-mode.

We are constantly fighting for our children to have a better future.

We go through the research about autism therapies, we vet out the different autism organizations, we face the eating struggles and communication delays, and we read the books about autism.

We are constantly in go-mode, and it becomes exhausting. Then once we’re exhausted, we struggle to keep our patience and understanding. It’s not an easy thing being an autism mama.

While I wouldn’t ever want to paint autism in a bad light, I think it’s really important that we share all sides of autism.

Yes, autism is a beautiful thing. Yes, neurodiversity is not only necessary, but beneficial for society.

And yes, sometimes it can feel like autism is ugly. 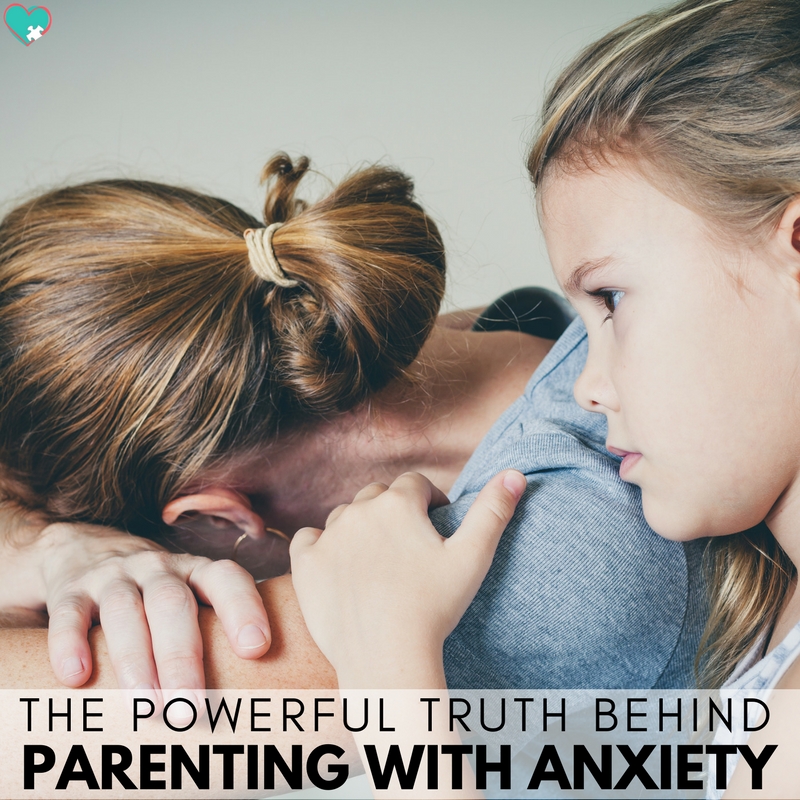