I’ve been spending all month trying to work up the bravery to post this and put it out in public. There is so much controversy surrounding this topic, and I feel like I need to put my thoughts out there. I’m not a doctor, I’m not a scientist, I’m just a mom. A mom of four children, and one of them is autistic. This is not a vaccine debate. This is not me telling you whether or not you should vaccinate your children. There are plenty of blog posts that cover that, and I just don’t want to go there. Where I will go, however? Vaccines do not cause autism.

This post is a part of the Autism A-Z Series for Autism Acceptance Month. You can see the rest of the posts in the series here.

Where this Came From

There was a study done in 1997 by Andrew Wakefield that showed that the MMR vaccine was connected to British children with autism. That study was published in a prestigious medical journal, and then it was discredited over, and over, and over again. Then celebrity Jenny McCarthy became an outspoken anti-vaccination advocate when she believed that the MMR vaccine gave her son autism which gave this claim new popularity. There have been many studies about vaccines and how they do or do not relate to autism, but none have shown a link, let alone causation.

This is something that I actually didn’t understand until I spoke about it with my son’s OT. Some autistic people show many signs from as early as a few months old, but others, like my son, don’t show as many obvious signs as babies. Regressive autism is when a child appears to be developing typically, and then they regress in skills which makes their autism more apparent. The regression typically occurs right around 18 months.

For example, A-Man seemed to be typically developing until about 18 months. He was a little picky, and he had been a “difficult baby”, but autism wasn’t on our radar at all. He sang his ABCs, he talked to us about things he saw, and looked us all in the eye. Right around 18 months, he just stopped. He didn’t sing his ABCs. He didn’t ask us for what he wanted. He started having meltdowns almost every single day. He seemed like a completely different boy.

Do you know what else happens around 18 months? The MMR Vaccine. It’s all too easy to connect those two things together in your mind. In our case, I also went through a divorce, which is what our pediatrician blamed my son’s regression on. This all leads me to…

Why it’s Believable: Something to Blame

Humans are natural scientists. We have questions, and we want answers. We want everything to fit into boxes of understanding, and it’s really difficult for us to understand that something “just happened”. We have a natural instinct to find something to blame for anything that we perceive as negative.

When children go through a regression, it can appear to moms as if something has “stolen” their baby. They had a baby who was happy, singing, and learning, and now their baby is screaming, aggressive, and frustrated. It can be a really big shock, and it’s natural for moms to search for something to blame. Unfortunately, this also leads parents of autistic children to turn away from disabled self advocates and align with Autism Speaks in search for a cure. 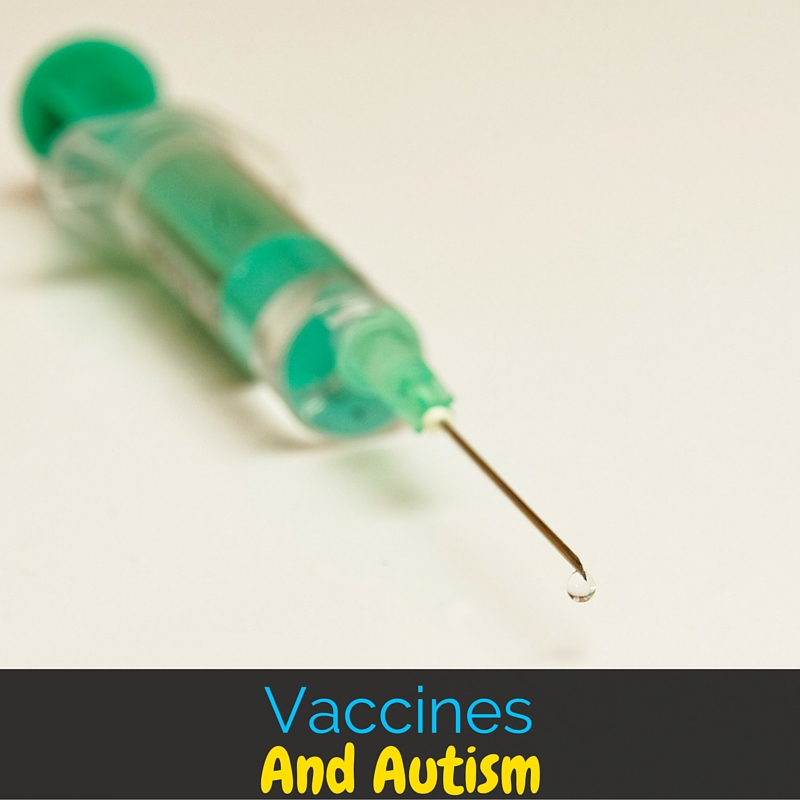 This is true for more than the belief that vaccines cause autism, but it speaks towards the larger group of people against vaccines. The vaccine industry has a huge amount of immunity in America. If your child does have a reaction, you can have a really difficult time getting a doctor to admit that it’s a vaccine reaction. If they can get the reaction documented by a doctor, they have no legal right to sue the manufacturer, even if they are at fault for the reaction. There is a trust fund that’s run by the government to pay out for vaccine injury victims, but it can take ten years or more to go through the case and receive any payment.

With this much red tape, you’re kind of begging for conspiracy theorists. There are also many doctors who don’t follow vaccination protocols. You shouldn’t give your child vaccines when they’re sick, there are certain vaccines that shouldn’t be administered together, and you should always see the box for the vaccine they’re giving your child. Record the batch number in case there’s a reaction, and track how they’re feeling for a few days after each vaccine. A lot of doctors don’t give parents these options, which leads to more people hesitant to believe that vaccines are as safe as doctors say.

Why it Doesn’t Help Pro-Vaccine Causes

This one is pretty obvious. If you are trying to convince people to get their children vaccinated, the rumor that vaccines cause autism is not going to help you. Parents today are likely to avoid things that are believed to “cause” autism.

Why it Doesn’t Help Anti-Vaccine Causes

This is a more interesting point. You might think that what I said above about parents avoiding things believed to cause autism would mean that those against vaccines would benefit greatly from continuing this. That’s just not the case, though. There are many people with valid arguments against vaccinations, and they get drowned out by the people shouting about autism.

There is so much money being wasted on re-testing vaccines in relation to autism that we don’t fund research on better vaccinations for people with allergies or the most effective vaccination combinations and schedules. Whenever anyone says that they use a delayed schedule for vaccines they immediately get screamed at for “listening to Jenny McCarthy” and told that they “need to vaccinate no matter what because science”. This type of conversation doesn’t help either side.

Why it Doesn’t Help Autistic People

Most importantly, this anti-vaccine myth does not help autistic people. Take a moment to think about what you’re saying. If you have talked against vaccines because they “cause autism” you are saying there’s something wrong with being autistic, which there isn’t. You’re also completely negating the neurodiversity movement which explains that there is a diversity in people’s neurology and there is nothing wrong with it.

On the flip side, I’ve seen those who are pro-vaccine say things like, “There’s no reason not to vaccinate your kids, vaccines don’t cause autism”. Here’s what’s wrong with that statement. It implies that if vaccines did cause autism, you would be perfectly fine with the population at large refusing vaccinations to avoid autism. Either way you look at the way this myth is portrayed in the vaccine wars, it’s ableist, gross, and wrong. So please, just stop. You’re not helping the autistic community at all.

If you’re still with me, you deserve an award. This post wasn’t easy for me to write, and it probably wasn’t easy for you to read. I understand I’ll probably get some nasty comments on this post (so I’ll probably hide for a week after it goes live…) but I feel like it needed to be said. I do want to point out a few things.

First, I feel like a child’s vaccination status is not something to shout over the internet. I share a lot with my readers including various diagnoses, but detailed medical histories? That’s not something I’m going to post here.

Another, I have respect for people on all sides of the vaccination debate, yes “all” not “both” because it isn’t all the vaccines or none. Some choose delayed schedules. Some choose to get some and not others. Still others believe it depends on pre-existing conditions or allergy risks.

I feel like vaccination is a personal decision that each family must make with their own research and discussions with their family doctor. This post is not to tell you whether or not to vaccinate your child. It’s simply to tell you to please stop using my child as the worst case scenario threat for what happens if you do.

9 Comments on Vaccines and Autism