I am a mom of four (almost 5) kids. Four white kids. I’ll be the first to admit that the gravity of that statement didn’t really set in for me until recent years. I grew up in liberal Washington. My grandpa is black, my cousins are every color brown there is, and I never really experienced racism first hand. I watched the movies, of course, and my class did a “brown eyes, blue eyes” experiment in 5th grade, but the racism lessons I learned were that it happened a long, long time ago. After the civil rights movement, everyone moved on and realized that black people are equal to white people, and we all lived happily ever after. Right?

Wrong. I was so, so wrong. The fact is that there is still a lot of racism in this country. And not just by those who are loud and vocal about it. The sad truth is that even those of us who grew up in nice liberal cities with families that never judged someone by the color of their skin can still have internal biases that we don’t even realize are there.

We are a society where several groups of people experience privilege. White people. Christians. Men. Able-bodied people. Straight, Cis-gendered people. All of these groups experience some privilege over their counterparts. But privilege is such a tricky topic. I remember looking into scholarships when I was young and seeing that I was disqualified from several because I was white. That certainly didn’t feel like “privilege” to me.

I’m also going to take a quick note to acknowledge that white privilege is only one type of privilege, one that’s on my heart today. I try to keep my blog a happy place, but after the terrorism taking place in Virginia, I couldn’t stay silent today.

Privilege Does Not Mean Your Life is Easy

The first thing that I want my kids to know is that privilege does not mean that their lives will be easy or that everything is “handed” to them. People tend to think of privilege in terms of super rich people who don’t have to work for anything. It’s hard to see that we are privileged when we are struggling to make ends meet.

The fact is that privilege isn’t so much about what is handed to you, it’s about what isn’t even accessible to others. White privilege doesn’t mean that someone gives you a job for no reason, but it might mean that your resume is instantly taken more seriously because your name is “John” and not “Jamal”.

No one is saying that white people don’t work hard for what they have, but white people instantly have a leg up simply because they are white.

Privilege Does Not Make You a Bad Person

I’ve heard time and time again that people use “white privilege” to make white people feel guilty about being white. That’s not it at all. Having privilege does not make you a bad person at all. The issue comes when those with privilege refuse to acknowledge that it exists.

Do some of those kids “beat the odds” and become super successful? Absolutely. But the fact that there are “odds” to beat is exactly the point of white privilege.

How You Use Your Privilege Matters

Okay, so we’ve established that privilege exists. We’ve talked a bit about how you need to acknowledge your privilege. I’m going to take it a step further and say that how you use your privilege matters. What does that really mean, though? How can white people use their privilege? 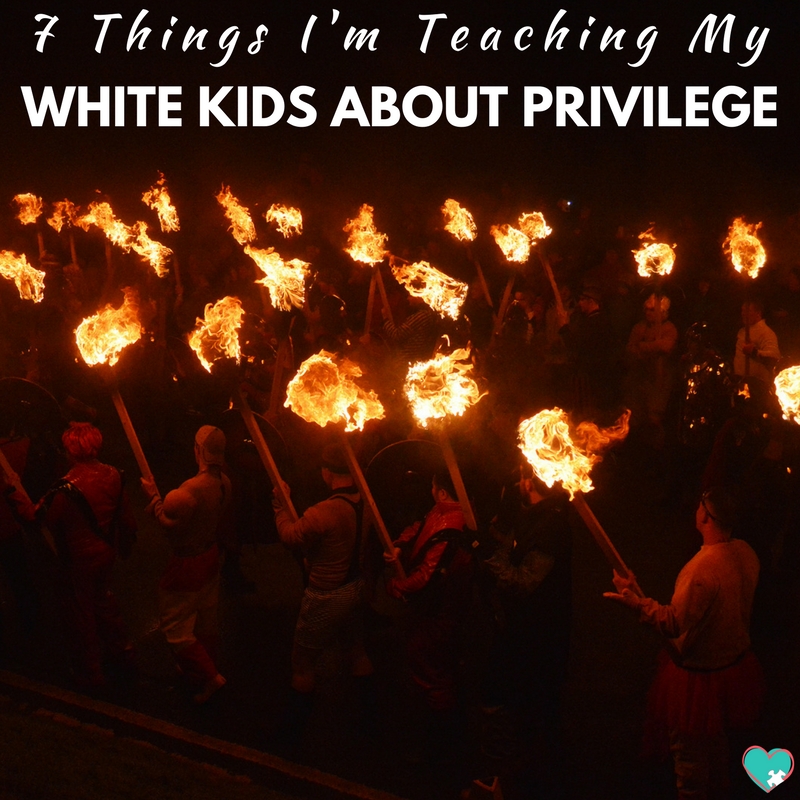 Sometimes (A Lot of the Time) it’s Not About You

It’s really simple to see every social justice issue through your privilege. When black feminists started speaking out about “white feminism” it was really easy for us to say “but hey, I’m a white woman and I don’t do that”. When women began speaking out against toxic masculinity, men started the hashtag #notallmen to say that not all men are a threat.

But that’s not the point.

The struggles that minorities face are their struggles. It doesn’t really matter if you think they’re valid or not because they’re not about you. It really doesn’t matter if a white person thinks something is cultural appropriation or not. If the culture being appropriated says it is, it is.

I’m teaching my white kids to learn when to sit down, step back, and listen.

Your Privileged Voice Should Amplify, Not Cover, Minority Voices

There’s no denying that those with privileged voices are often heard more than minority voices. Recently there was a viral story about a man who switched email signatures with his female coworker for a week, and he shared all of the sexism he faced during that week simply for having a female name. That story went WAY more viral because it was from a man’s perspective.

I’m not saying that’s a good thing, I’m just saying it’s a fact. So the way that you use your privileged voice matters. You should always seek to amplify minority voices, not cover them. Because remember, it’s not always about you.

Staying silent because it’s “not your problem” is one of the biggest examples of privilege I’ve ever seen. It needs to be your problem. I’m not afraid that the police will kill one of my sons because he’s wearing a hoodie, but you better believe I’m horrified that any mother has to have that fear.

This is a humanity problem. If we stay silent, it speaks volumes.

And finally, I want my white kids to know to always check your privilege. Always listen. Always Love. I know it’s uncomfortable. It’s a lot easier to feel like you worked hard for everything you have and that you are definitely not a racist because you have some black friends and would never use the N word.

Privilege goes a lot deeper than that. It’s a societal norm that’s unavoidable. We live in a society where my white kids’ lives are inherently valued higher than the life of a black kid. My hope and prayer is that I’m teaching them to acknowledge that fact and use it to help people of color. I am teaching my kids to be allies. To offer to walk someone home if they don’t feel safe. To speak out when someone makes a racist joke, even if it makes them “uncool”. To step in and stop someone from harassing a person of color.

So to my white kids, I’ll end with this. Always check your privilege. Always listen. Always love. 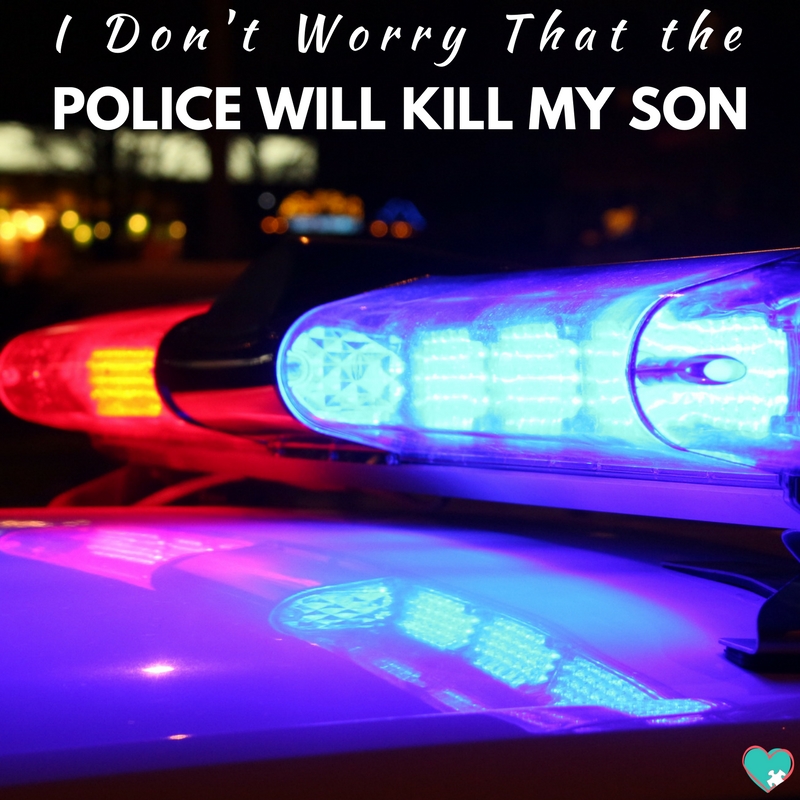 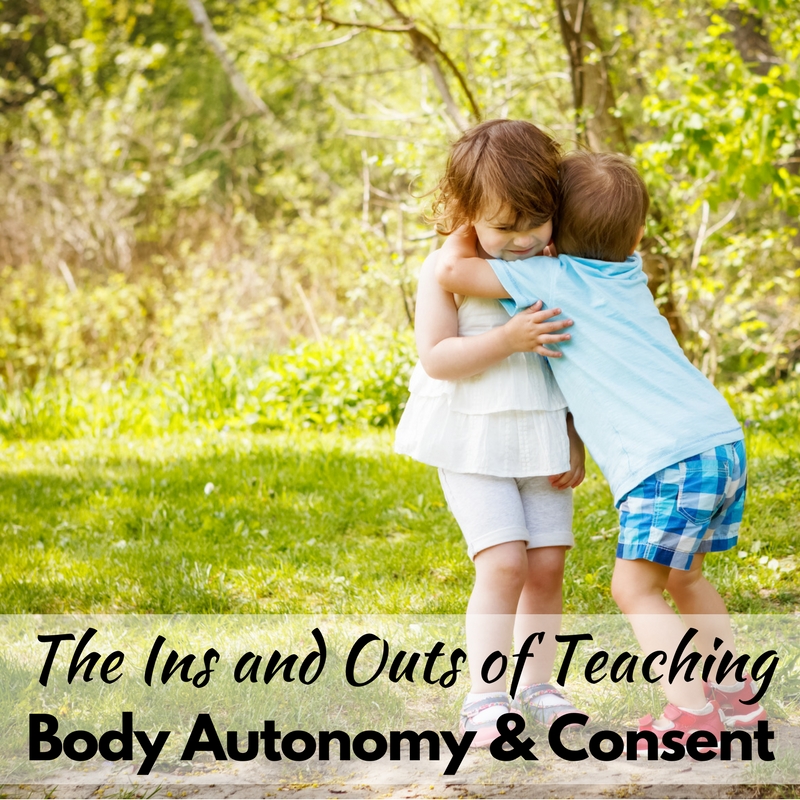