I was ready to have a preemie.

I had the car seat installed early, I had the babysitter ready to spring into action, I had the diapers and little onesies all pre-washed and organized.

All of this, months before I was due.

Of course, I didn’t even know my due date, nor did anyone else.

Due dates are much too stressful when expecting a preemie!

I had progesterone shots. I went on modified bed rest. I drank more water than any one person ever should, and I spent hours listening to full-term affirmations.

All to help my preemie stay in longer.

I never expected full term, I was realistic. But with babies born at 6 and 7 weeks early, I was just trying to keep her in long enough to be safe.

To minimize the time she spent in the NICU.

And then she came. Four. Days. Late.

Before we get into the nitty-gritty…

There’s a few things you should know.

Miss S is my fourth baby and fifth pregnancy.

My first pregnancy and delivery was as simple, complication-free, and easy as can be.

My second pregnancy and delivery were as difficult, traumatic, and crazy as can be. (Emergent C-Section, 6 weeks early)

My third pregnancy ended much too soon when I lost the baby at six weeks.

My fourth pregnancy and delivery was better than the one before but still fairly traumatic and difficult. (C-Section, 7 weeks early)

My pregnancy with Miss S was a rough one.

Extreme morning sickness had me losing weight throughout my first trimester.

I had to have shots every week, and regular ultrasounds to try to prevent or catch preterm labor.

I started having regular, labor-like contractions somewhere in my 4th month, and starting about month 6 I was having them so often and they were getting so strong that I was essentially in labor all the time.

I also battled extreme anemia during my entire third trimester, so I spent a few months on modified bedrest.

Then because of my previous preterm deliveries and cesareans, everyone basically thought we were out of our minds to attempt a VBAC, or vaginal birth after cesarean.

What’s so crazy about a VBAC (or VBA2C)?

If you ask me, nothing.

If you ask doctors, everything.

The main risk associated with VBAC is uterine rupture. When it happens, it can be catastrophic. It is a real risk, and I don’t aim to minimize it.

It is, however, extremely rare, even in VBAC moms.

My risk, however, was slightly greater than average because I had two prior cesareans (which means more scar tissue) and my cesareans were done prematurely. Every week of pregnancy past 33 meant that my uterus was stretching my scar tissue.

Even still? A VBAC was considered safer than a repeat cesarean in my case. Again, I am not a medical doctor, this is absolutely not medical advice. Also, if I needed to have a cesarean to have a safe delivery, we were all fine with that.

I was ready for a preemie.

Without knowing the specifics of our due date, we were simply told, “around the holidays”, so naturally we were completely prepared in September.

Every twinge, every tummy ache, every urge to clean, I’d think to myself, is this it?

And every time? It wasn’t.

I scared hospital nurses with my contractions for months.

During every ultrasound they would all delight in how big she was growing.

Every appointment my midwife and OB would say, “you’re still pregnant!”

Everyone was celebrating my pregnancy and how long she stayed cooking.

Until we got nearer and nearer to the holidays.

The ultrasounds lasted a smidge longer, and “look how big she’s getting” was said with concern.

At every appointment, the midwife and OB would say “you’re still pregnant..”

Finally, at an appointment which I now know was the day after my due date, my OB decided that we needed to help this little Miss S enter the world pronto.

Have you heard of a membrane strip? They’re not fun.

After that trying experience, he sent me on my way. I was told to return in two days, and they’d check me again.

If I was at four cm, they said, they would check me into the hospital and we’d have the baby.

“This membrane strip should get you there, but you might want to take a few walks” he said.

And walked some more.

My husband took the day off, just in case. We dropped off the kiddos with my mother-in-law and had a nice lunch together before heading to my appointment.

So, another membrane strip, and suddenly I was at four. (Remember how not fun those are? Here’s the proof).

My water bag was “bulging” and ready to burst, so the OB didn’t feel comfortable sending me home. Especially with my history of prolapsed cord. He told us to walk around the hospital for a few hours and then get checked in.

And walked some more.

Contractions were 2-3 minutes apart, so we decided to check in and get this party really started.

And I was at four centimeters. Still.

So they had me do all the labor-like things. I bounced on a ball, I swiveled my hips. I ooooohed and aahhhhhhhed. 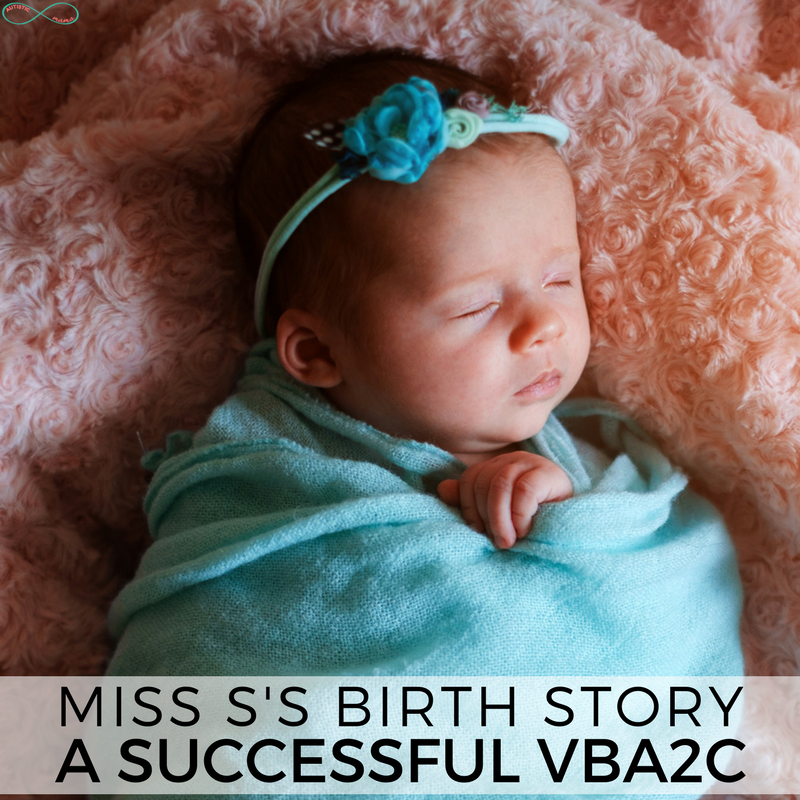 So then we had some choices.

This is where Miss S’s birth was incredibly different from the boys’ births. My OB gave me the final say in every decision during my labor.

We discussed it at length, and because Miss S was so high, we started the teeniest bit of pitocin.

I handled the contractions well on the labor ball, but the nurses couldn’t keep Miss S on the monitors unless I was in bed or standing and swaying.

When my OB came to check me again, I was still at four centimeters, but Miss S was much lower, so they did what was called a “controlled break”. Essentially, they broke my water while holding Miss S in my belly and slowly guided her down, rather than just letting all of the water fall out and her dropping.

After my water was broken, the contractions became much more intense, and I was very grumpy that I couldn’t use my labor ball. It was comfortable, but those darn monitors.

Related: why you need a doula at your birth

As much as I wanted to have a completely med-free birth, I wanted to deliver vaginally more.

We started with an IV medication that worked for roughly 4 minutes before I was just over it.

At that point they decided to leave Chris and I alone to discuss whether we wanted to try an epidural without any outside pressure.

I was still flipping four centimeters.

My contractions were every 2-3 minutes.

And my OB believed that the biggest reason I wasn’t progressing was that I was tensing up so much during every contraction because I couldn’t move. An epidural might help me to relax and dilate more easily.

Epidural for the win!

We decided to go for the epidural, and it was the best decision we could have made.

We were very clear with the anesthesiologist about the bad experiences I’d had previously with epidurals, and exactly what my concerns were.

He took us seriously and began with a tiny dose to test it before giving the full dose. He gave me the magic button that allowed me to control the medication amount, and his rule of thumb was that if I could move my legs, I could push my button.

I don’t know how this guy did it, but I could feel everything enough to know what was happening, without being in complete pain, so I could still move.

It was a magic epidural.

Related: I’ve since had a pain-med free VBA2C, check it out here.

I was able to rest after I got my epidural, and the nurse wanted to check me during shift change around 7 am. I was at six centimeters, but Miss S was still pretty high up.

Almost immediately after that, I had two really strong contractions where I could literally feel her moving lower.

Then I began having contractions much closer together and stronger than I had been, and I felt tons of pressure with each contraction.

I actually made my husband check for me, because I have an irrational fear of pooping on the table during labor. We were in the clear, so I just thought I was crazy.

I mentioned it to my nurse the next time that she came in, though.

I know that it’s not time to push, but…

Miss S had just been crazy high, but I kept feeling that pressure.

Eventually my nurse asked if she could check again, because it would just make her feel better.

I was complete, and Miss S was in a +2 station. (for those of you not birth-savvy, that means her head was nearly crowning)

Immediately they called my OB who was 20 minutes away, flattened my bed out completely and said, “stop pushing!”

I hadn’t been pushing at all, but I tried harder to keep not pushing.

Soon, of course, the top of Miss S’s head started poking out during each contraction.

I could feel what was happening, but I wasn’t in pain.

I just kept breathing and waiting.

I sat up, breathed deeply twice, and she was born.

No tearing. No stitches. No trauma.

I was ready for a preemie. I was just trying to keep her in long enough to be safe.

But she taught me to trust God’s timing.

She taught me that a respectful delivery meant more than med-free.

She taught me that my body was not broken.

She taught me to just relax.

And she teaches me every day. 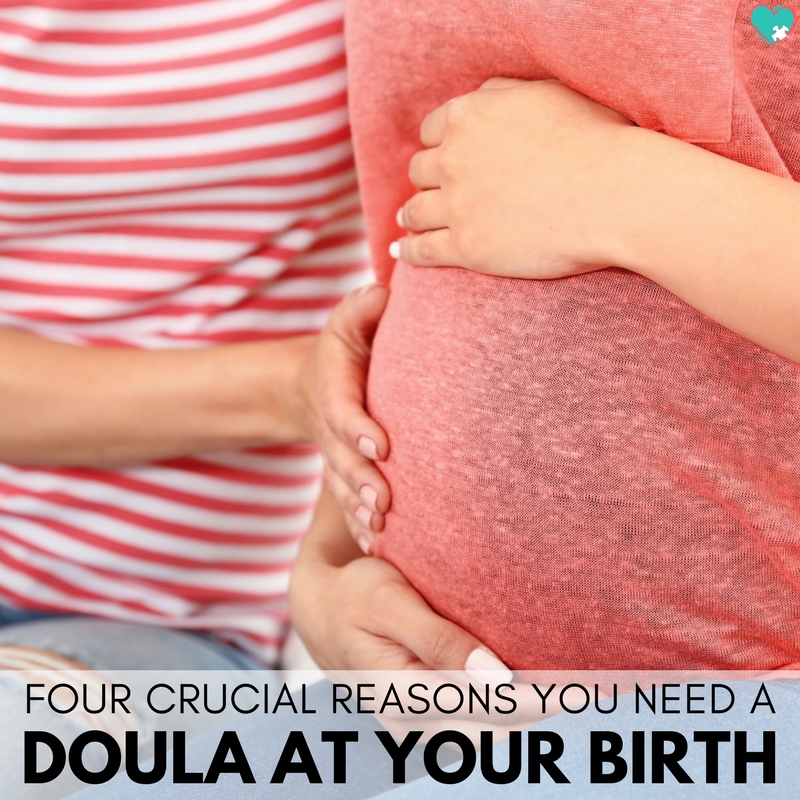 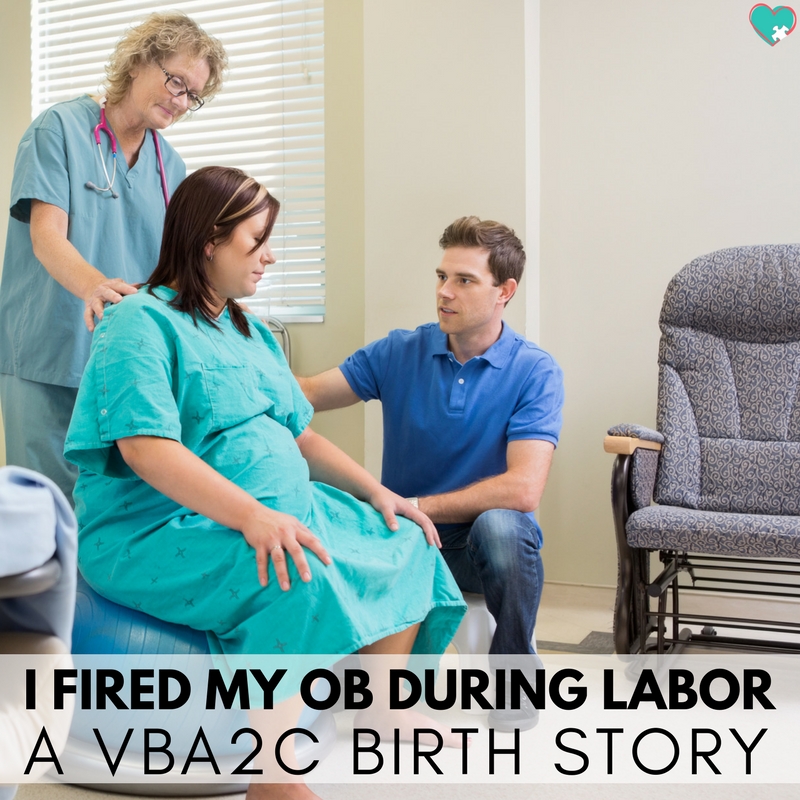