I love homeschooling. It’s what’s best for my children and our family. It allows us to peacefully co-parent with Mr. C and A-Man’s biological dad, and gives him more visitation time. It means that we can infuse our faith into our every day lives. We can teach on our kids’ levels in ways that work for them. Our boys will be able to grow up together at home instead of spending most of their time awake at school away from their family.

But, friends, I can’t lie. Homeschooling is really hard. This year? I’d even venture to say that homeschooling has been (at times) a nightmare. Some of that is out of our control. I’ve been in and out of the hospital with a high risk pregnancy, and I’ve spent time on modified bed rest. Homeschooling from bed is not easy! We’ve also had a lot of behavior issues with Mr. C that have nearly pushed me over the homeschooling ledge. 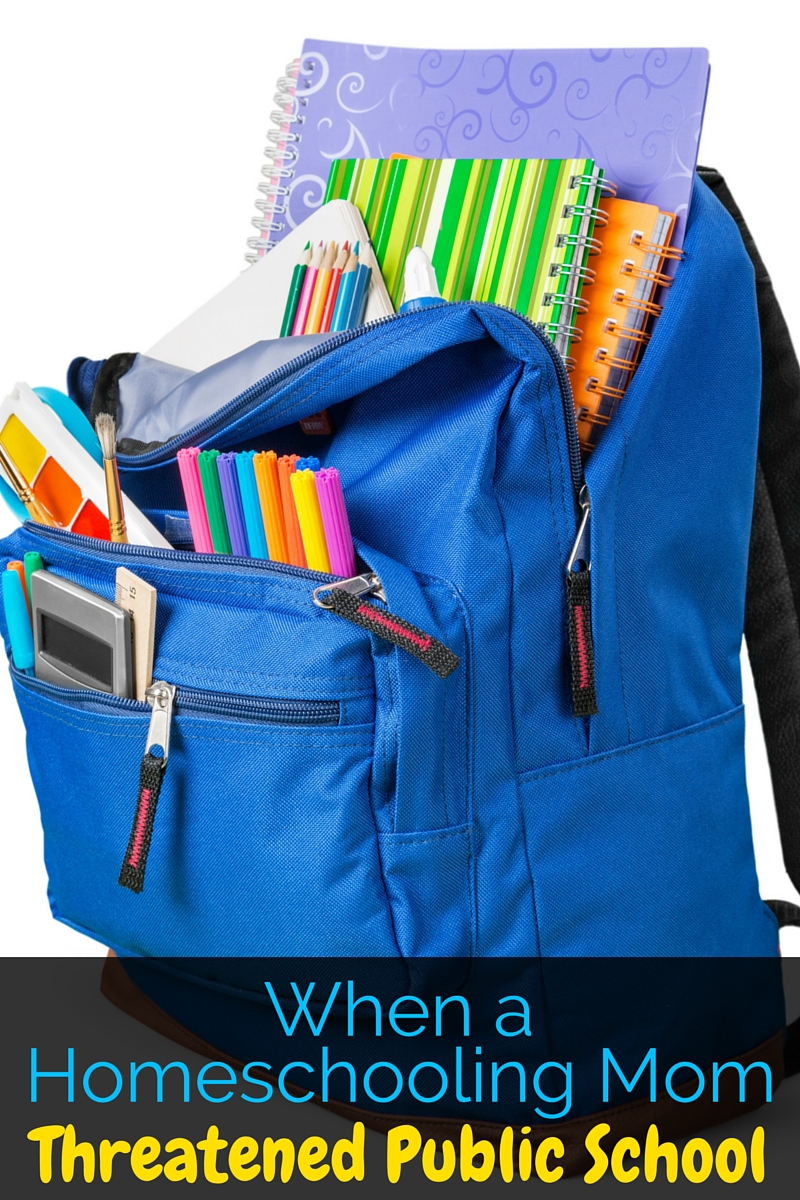 What Lead to Threatening Public School?

Mr. C seemed to have gotten into his head that doing school wasn’t important. Between feeling like he could skip lessons to do something more fun, and rushing through activities writing down incorrect answers that he knew were incorrect he just wasn’t taking it seriously.

This past week, things came to a head when he came home and was rushing through his assignments filling in wrong answers because he really just wasn’t focusing. Chris asked him to re-count some coins that he miscounted the first time, and Mr. C said “no”. When Chris said “excuse me?” Mr. C said, with all the attitude of a teenager, “I. Said. No.”

Where did my sweet boy go? Also that week he told us that playing with his kindle was more important than homeschooling, and he shouldn’t have to do school work until he feels like it, not when he’s asked to.

Could We Really Send Him to Public School?

I am not a mama who makes threats that I won’t follow through with. If I tell my child they won’t trick or treat if their school work isn’t done, I will stick to my word. So Chris and I had lots of talks about what public school would look like for our family before we explained it to Mr. C.

He’s currently doing 2nd grade curriculum, but he is only “supposed” to be in kindergarten. We won’t put him in two grades ahead, he isn’t socially or emotionally mature enough to be in a class of seven-year-olds. We also, however, couldn’t put him in kindergarten. He would be bored out of his mind, and he is “that kid” that would get into trouble from being bored with busy work that isn’t challenging enough.

He is just like me, and I was “that kid” my entire time at school! So we figured we’d split the difference and talk with the district about placing him in first grade. Again, this was all discussions for if worst came to worst. 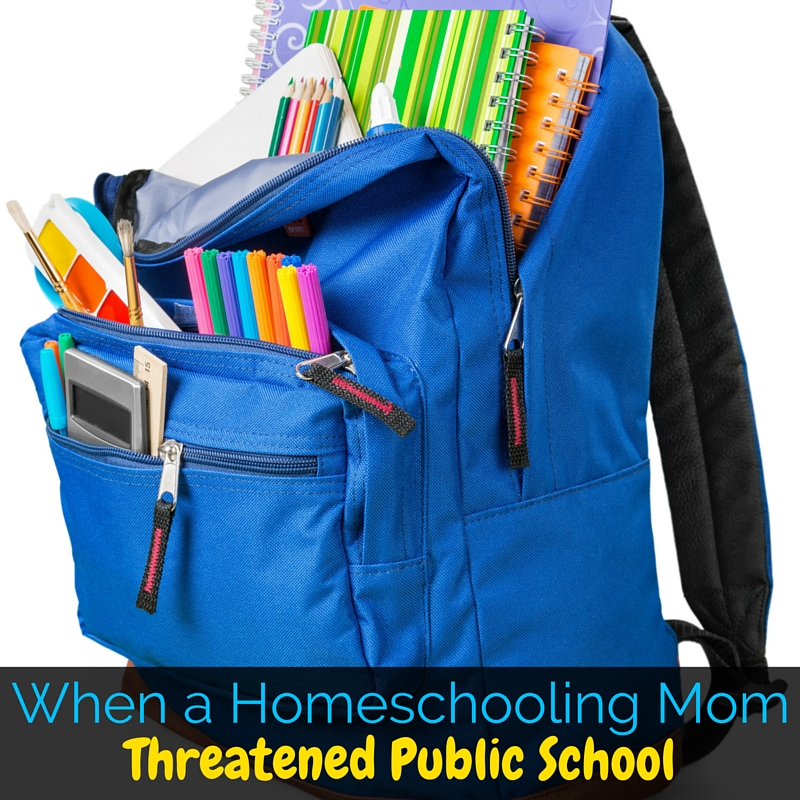 What Would Public School Look Like For Mr. C?

Then we had to chat with Mr. C about what public school would look like for him. See, he really had no frame of reference for what public school is. We explained to him that he would go to school in the morning and come home in the afternoon, just before Daddy came home from work. He definitely didn’t like the idea of being away from his brothers all day long five days a week, and he was horrified that he would still have homework to do when he got home.

For reference, our homeschooling days are typically 2-3 hours, so all day sounded like torture! We also explained that because of our visitation schedule, it would mean he would get a lot less time with his biological dad. Right now their visitation is Monday morning through Wednesday morning, so if he had school those days, there wouldn’t be as much time for fun!

During one of our discussions Mr. C asked how many Bible verses they learned at public school and he could not believe they don’t learn any. He really didn’t like the idea that he couldn’t learn about the Bible like he does at home. Overall, the discussions really showed him that homeschooling is best for him and our whole family, and he does not want to go onto that big yellow bus one bit!

Will He Go To Public School?

Honestly, I don’t know. We won’t be putting him in mid-year, but we will definitely be keeping a watchful eye on how the rest of our school year goes to see if he may need to start next year. Mr. C has a much better understanding of why we homeschool now, so we’re hoping and praying that his behavior and attitude will reflect that.

We’re also hoping that the boat won’t rock too much when the new baby comes, and that we’ll all easily be able to fall back into a homeschooling routine. Wishful thinking, I know, but I’ll be sure to keep you guys updated on how that goes! Like I said, I’m not a mama who makes threats that I won’t keep, but sometimes (and hopefully this time will be an example) the threat is all that’s needed.

What about you, friends? Have you ever reached the point of considering public school for your homeschooled kids?

5 Comments on When a Homeschooling Mom Threatened Public School