When you have an autistic child, there are a lot of things that people say. Some are positive, like you can find in this post, others are negative, like those you can find in this post. Other times, people will say things that just make you shake your head. It’s often best to just ignore people unless you’re feeling particularly patient and decide to try and explain.

Well, I don’t know about you, but when people are saying something to me that I’ve heard a hundred times that week, I’m not always the most patient person. So I decided to tackle some of the things that people say that are genuine and deserve a genuine (and patient) response.

I’m writing this in the comfort of my own bedroom while eating some chocolates, and patient as can be. Now when you aren’t so patient, you can refer people to my website where I can explain for you!

Today we’re chatting about the all too common statement, “everyone is autistic these days”. Other examples include: “I never knew anyone with autism in my day!” and “the autism epidemic is out of hand, now every kid has autism”. So, here are my thoughts on the topic.

5 Simple Reasons it Seems Like Everyone is Autistic Nowadays 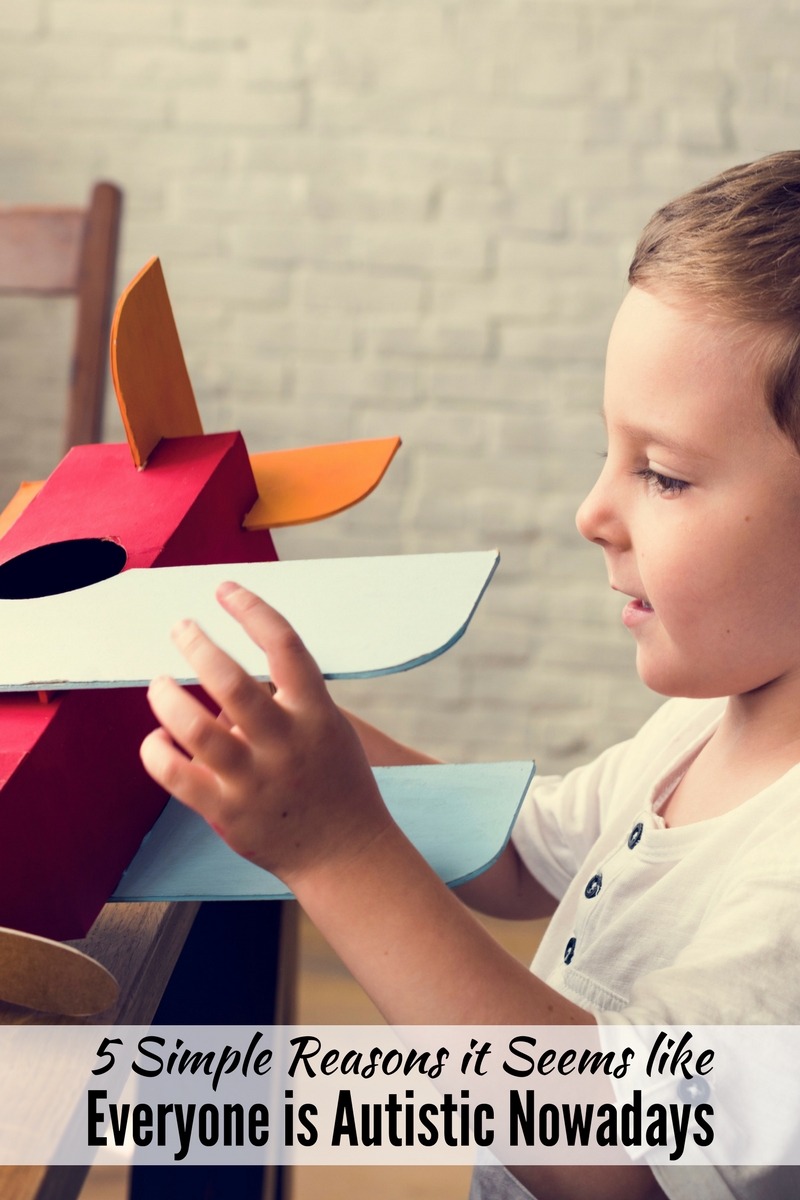 It Wasn’t Called Autism Before

Autistic children and adults were often not labeled autistic until recently. The term autism was often tied to schizophrenia in research, so many, many people went undiagnosed. Even more people, however, were misdiagnosed.

Often autistic people would be diagnosed as “challenged” “language impaired” or “mentally retarded” (this is no longer a medical diagnosis and is extremely offensive, but I’m including it to be historically accurate).

For example, many children who were originally diagnosed with Asperger Syndrome are finding that their diagnosis doesn’t even exist anymore, now it’s all under the ASD umbrella. A lot more kids are diagnosed autistic now that we know what autism actually is.

They Were Labeled Bad Kids

If you aren’t very familiar with autism, this would be a good place for me to take a step out and explain that it is a wide spectrum, and people can be on either side or in the middle. Medically speaking, one side is “high-functioning autism” (I hate the term, and I have a whole post on why I hate functioning labels here).

Autistic kids and adults years ago, and sadly still many today, were never formally diagnosed, they were just labeled the “bad kids”. You didn’t know anyone autistic in your day, but did you know someone who struggled to make eye contract? Did you know someone who other kids called “weird” for always quoting a movie or tv show? Yeah, I thought so.

Many of A-Man’s behaviors would be considered “bad” and if people didn’t know that he was autistic, they would easily label him the “bad kid” of the group. In fact, before we got a diagnosis this is exactly what happened. He didn’t always have the words to say please or more, so he would whine. He didn’t know how to tell a child to get out of his space, so he would push them.

We now know why he does what he does, and we’re more able to help him (his world changed when the nursery teachers decided to learn the signs he was using for “more please”) but years ago, people had no idea that autism was a possibility. 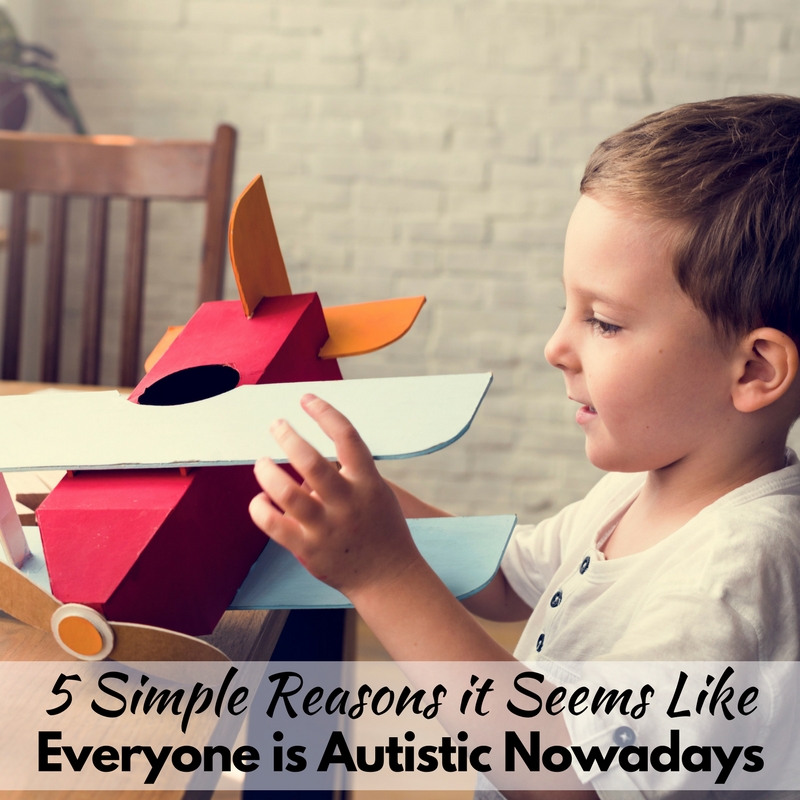 They Were Hidden Away

On the other side of the spectrum, we have “low-functioning autism” (again, hate it). Primarily this consists of autistic people who are non-verbal and may require long-term care. Now, however, with the improvement of several devices, PECS, and other modern techniques, we are finding that many non-verbal autistic people very much have a voice to share, we simply must help them to share it.

Years ago, however, they were not respected and cared for. Friends, I’m going to be honest and say that this part is hard to type. Many autistic people were taken to institutions and homes, and subjected to unimaginable cruelty.

Now, these autistic individuals are in schools. They’re going to college. They’re writing blogs and books and sharing their voice online. They’re visible.

We Are Raising Awareness

It’s important to realize that autism is simply more known about these days. Some of the education has been great! With the internet, we now have the opportunity to do research and find voices from autistic adults and other disability advocates who are reaching out to educate.

Some of it has been bad, see my post on Autism Speaks here. We also still have so far to go. We had to fight for A-Man to get a therapy evaluation because our pediatrician believed all of his behaviors were caused by bad parenting.

We still have people telling us that “everyone is autistic now” at the grocery store. We have some people believing that being autistic just means that you’re “quirky” or “weird” because that’s what they’ve seen portrayed on their favorite tv shows, and other people believe that the only people who are “really autistic” are non-verbal and flapping their arms all the time because that’s what they’ve seen it portrayed as.

Either way, I would be willing to bet that 90% of people know about autism in some way, so they have the ability to learn more and potentially get diagnoses for themselves and their children. It’s really hard to fight for a diagnosis when you don’t know the diagnosis exists.

Kids Are Getting Misdiagnosed Today

We have obviously come a long way from the history of disability in America, but we have a long way to go. Currently in my state, sensory processing disorder isn’t considered a true diagnosis. Now, this may not seem like a big deal as long as you know what’s going on and how to help, but here’s the issue. All of the protections for disabled individuals are only available to people with officially diagnosed disabilities.

In the school system here, not only are they not required to provide support for children with SPD, they aren’t allowed to. I know of many, many children who have received an autism diagnosis knowing full-well that they aren’t autistic simply so that they can get an IEP at school.

Depending on the child’s individual struggles, they decide if they’re closest to the diagnostic criteria for ASD or ADHD, and they diagnose whatever they can to get the child some help. These numbers inflate the ASD rate purely because of the lack of recognition of other diagnoses as true disabilities.

So here is an outline of just a few reasons that the current ASD rate is so high, and why the true number of autistic people is likely still very similar to what it was years ago. You can use this when people try to tell you that everyone is autistic these days! 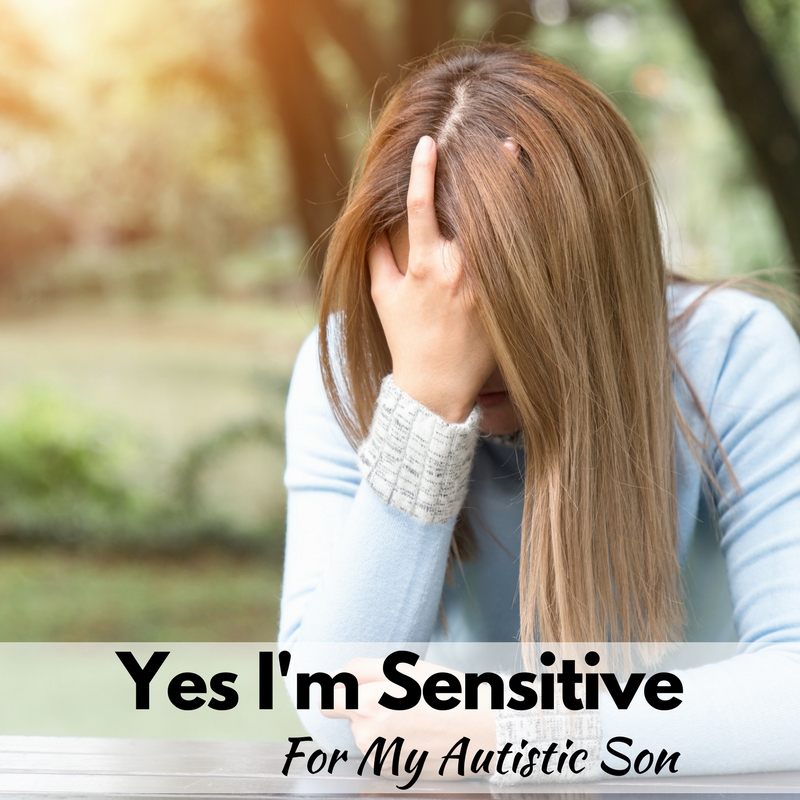 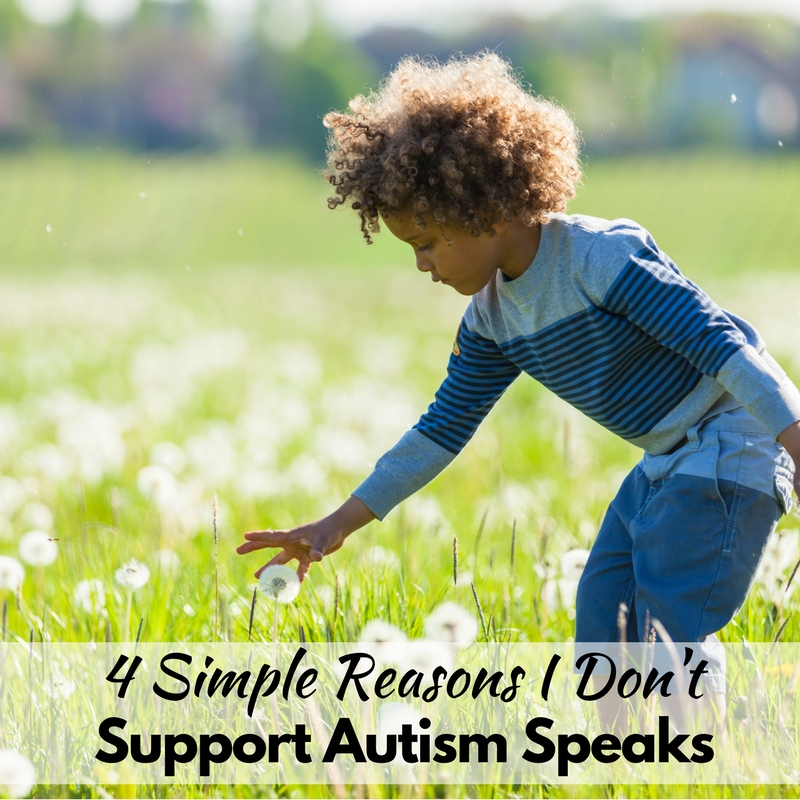