(Inside: My son would have fits over absolutely nothing that would drive me CRAZY until I learned the one crazy swap to stop your child’s fits over nothing!)

My son threw a fit of all fits this weekend.

My parents were visiting, emotions were high, and my dad was sitting at the table eating some ice.

Screaming. Crying. Yelling at everyone.

I was seconds away from losing it on my poor sobbing 5-year-old, but instead, I remembered the one crazy swap that will stop fits over nothing… 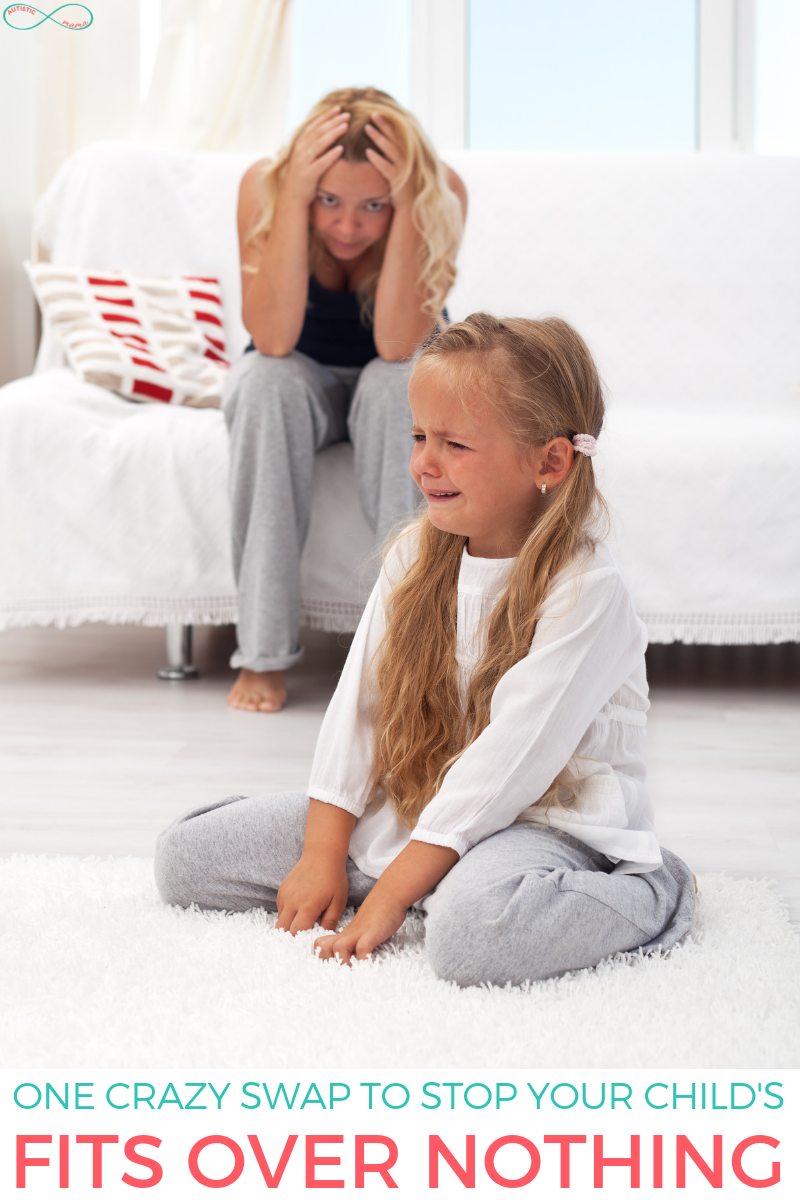 (Pssst: Learn all about the one crazy swap in my friend Dayna’s FREE Calm the Chaos Workshop here!)

See, last year I joined a program called Calm the Chaos where my friend Dayna helped me see my children’s behaviors in a brand new way.

I learned so much about why kids do what they do, and how to see real change in my children’s behaviors without yelling, nagging, or trying to change who they are.

But what stuck with me most was probably this one crazy swap that will stop fits over nothing.

I’ve been using this swap since I learned it in Dayna’s Calm the Chaos Program, and it’s been stopping fits in my family over and over again.

Why Kids Have Fits Over Nothing

But first… Why do kids even have fits over nothing?

What could possibly make them lose it over the tiniest thing?

I know we’ve all been there.

We hand our child the wrong bowl color or tell them that they can’t get the toy at the store.

Heck, we’ve even had full-blown meltdowns because I dared to make my kids use their seatbelts in the car.

But the thing is… What we’re seeing when our child throws a fit or has a meltdown isn’t really the full picture.

Have you ever had an argument with your spouse over the dishes, but it really had nothing to do with the dishes?

They leave a dish on the counter right next to the sink instead of in the sink, and suddenly you’re both frustrated because you’re arguing over this thing that’s “not a big deal”?

Most of the time those arguments we have that “aren’t a big deal” are really just the tip of something much bigger.

Maybe you feel like you do more of the cleaning than your spouse.

Maybe you feel like you’re not being respected because they won’t do something so simple for you.

Whatever it may be, it’s not really about the dishes.

That’s how our children are too.

Maybe your child threw a complete fit over something that wasn’t a big deal.

My son’s fit? Was about my dad chewing ice. It wasn’t too loud, it wasn’t bothering anyone, my son seemed to just want control and wanted to stop my dad from doing something.

So instead of losing it and believing that my son had no reason to throw a fit… I remembered Dayna’s crazy swap.

One Crazy Swap That Will Stop Fits Over Nothing

See, my friend Dayna introduced me to the crazy swap when I was really frustrated that my son was so obsessed with “fair”.

I tend to agree with him, as fairness is important to me too, but the massive tantrums over things that weren’t “fair” were getting out of hand.

I turned to my friend Dayna to vent, and she said, “Kaylene, your son is going to make a massive change in the world one day. His superpower is social justice”.

Ummm what now? My son is five. I had no idea what she meant at first, but once I figured it out, we never had a tantrum over nothing again.

See, Dayna taught me that all kids have superpowers that make them who they are and help them succeed.

But oftentimes, those superpowers are masked as our kids’ biggest struggles.

My oversensitive son’s superpowers are caring for people and empathy.

And armed with a knowledge of his superpowers, I was able to find out why he really threw a fit about my dad eating ice.

And in Frozen, Elsa freezes Anna’s heart with ice.

My 5-year-old connected Elsa’s magic ice powers with the ice my dad was eating, and he panicked.

His superpower (caring for people) kicked into overdrive and he felt like he had to protect my dad from freezing his heart.

I never would have figured that out if I just sent him to his room for throwing a fit over nothing.

Instead? I knew my son’s superpowers, and I knew there was something else causing this fit.

And since I learned to make this one crazy swap, turning my son’s struggles into superpowers, we haven’t had a single fit over nothing.

We can always get to the bottom of where a fit is coming from, and we’re able to work together to find a solution to the problem, instead of battle every time there’s a tantrum or meltdown.

But how do you actually turn your child’s biggest struggles, the things you fight about, the things that make you so frustrated, into a superpower?

…And turn those into superpowers?

Well, that’s exactly what my friend Dayna is teaching in her FREE Calm the Chaos Workshop happening right now.

But it’s ONLY available until this Sunday, 9/23, so you’ve GOT to get in and watch the lessons now!

Click here to join the FREE Calm the Chaos Workshop and find out how to turn your child’s biggest struggle into a superpower you can use to stop the fits over nothing every time. 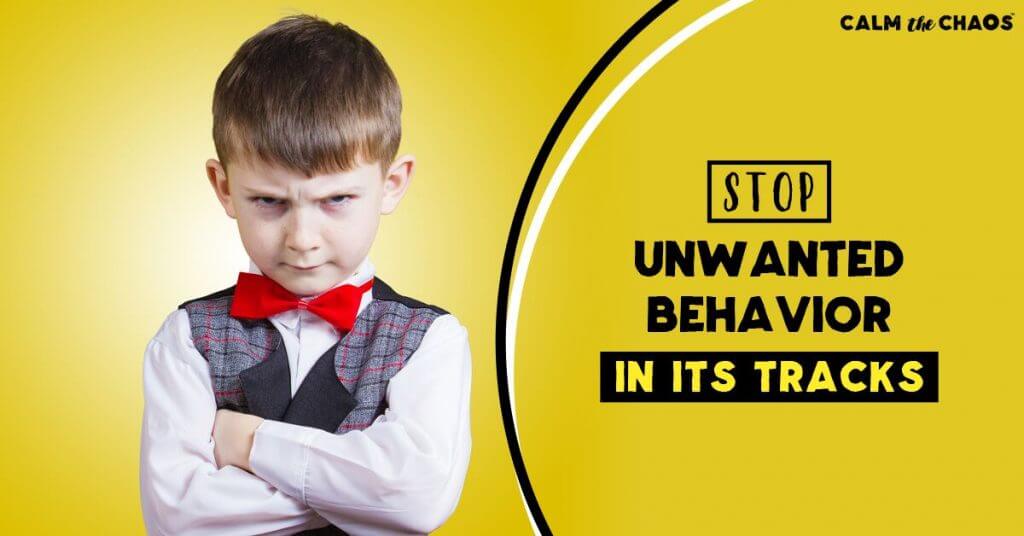