When you have a new baby, advice isn’t hard to come by. From the moment your pregnancy starts showing everyone and their mother has something to say about how to avoid ruining your little bundle of joy.

You have to breastfeed to improve your baby’s IQ. You can’t breastfeed because your baby will never learn independence.

We’re all doing it wrong, and everyone wants to tell you all about it.

The one thing that almost all new moms actually want help with? Baby sleep. Now, there’s no shortage of baby sleep advice out there, but I’m going to go out on a limb and tell you that almost everything you’ve been told about baby sleep is wrong.

So today I’m sharing the best baby sleep hack that has worked with all four of my babies. It’s the one I wish more moms were told from the very beginning.

The Best Baby Sleep Hack from a Mom Who Knows 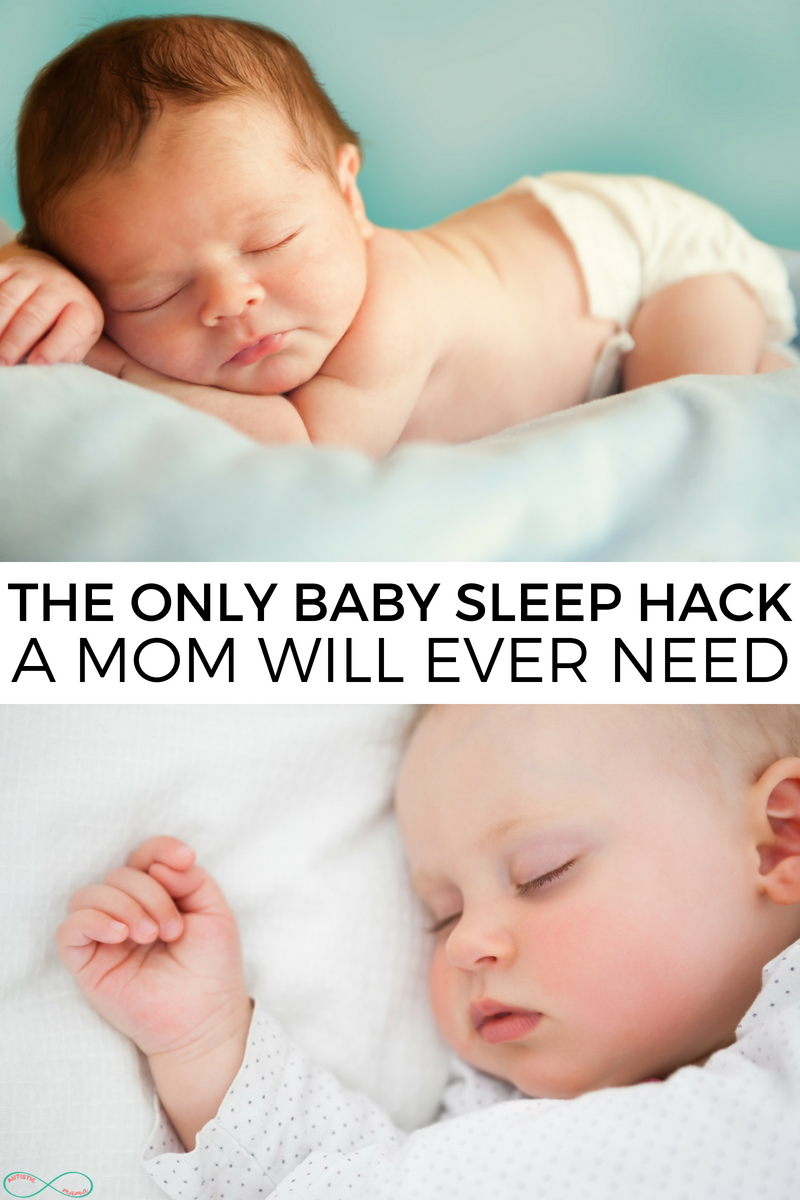 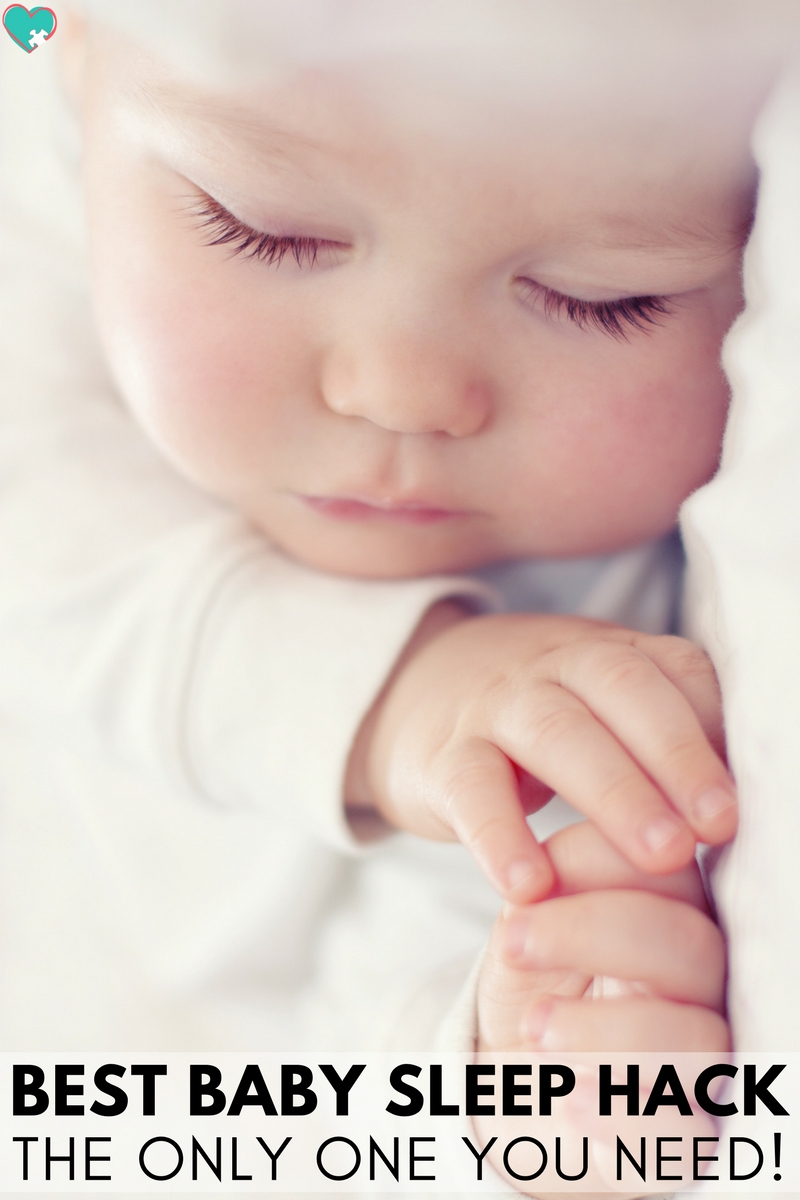 I feel like there should be trumpets here, but I can’t figure out how I would spell an accurate trumpet sound.. Whatever. the best baby sleep hack is…. Do whatever gets your baby to sleep. Period.

Okay, feeling a bit let down? I know, I know.

You were hoping I would tell you one magical spell that makes all babies fall asleep in 26 seconds. Sorry, friend, that doesn’t exist. But, don’t give up on me just yet! If you follow my simple advice, do whatever works for your baby, it will work every time.

Here’s the thing. I’ve had four babies now, and all four have had different sleep habits. That’s perfectly okay. I am officially giving you permission to do whatever you can to help your little one sleep.

The only baby sleep hack you’ll ever need? Do absolutely whatever it takes for your sweet baby to get some sleep!

Sometimes Babies Sleep in Their Crib

Mr. C was a cosleeper at first. After a few months, though, he transitioned easily into his crib. That’s what worked for him.

We’d lay him down in his crib and he’d talk to himself a bit and then drift off to sleep. Easy peasy. (side note, this may have been why I thought I was totally ready for another baby when Mr. C was only 6 months old..) 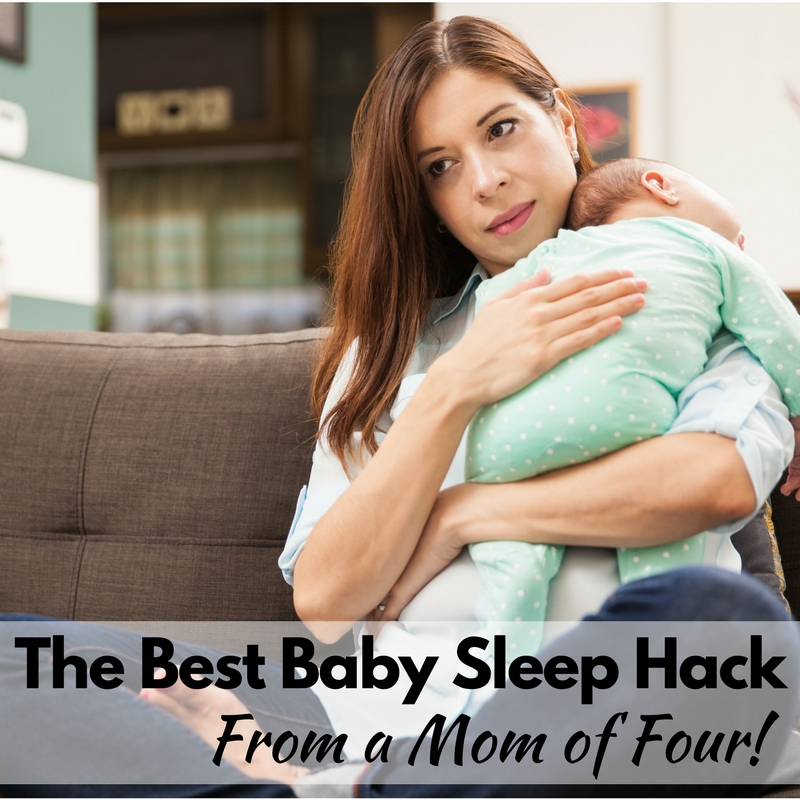 Sometimes Babies Need Everything You Can Do

A-Man has always had troubles sleeping. We know now that it was likely due to his sensory struggles. For months I half-slept on the couch while he slept in his car seat on the floor next to me. If I stopped rocking his seat for even a second he would wake up wailing.

He also slept well in the car, so we spent many late nights driving around. Eventually, he was able to transition into a crib, but it was only after several long months of doing everything we could to get him to sleep.

Cap’n M was a die hard co-sleeper. He needed snuggles and nursing pretty much every single time he fell asleep.

He moved into a crib eventually, and now he must go to sleep with a cup full of water, at least three crackers, and roughly forty-two stuffed animals. See the theme here?

When you have this many kiddos, sleep is key, and you do whatever you can to get the kids to sleep. No matter the cost!

I know, I know, “you should never ever let your baby sleep in a swing or they’ll never sleep anywhere else”. That would be some of the advice I’m filing under wrong wrong wrong.

I highly doubt that Miss S will demand a swing when she goes off to college. Fact is? I’m fairly certain she has sensory struggles already, and if she’s happy in a very dark, very warm room swinging at the highest level her swing can handle, then that is exactly what I’ll do for her.

Bottom line? I know the books and experts and all of the blog posts telling you exactly what you should do to not ruin your kid get scary. Especially when they all seem to contradict each other.

The best baby sleep hack? Listen to your mama instincts, listen to your little baby, and for the love of all that is Holy, do whatever you possibly can to get that sweet little one to sleep! 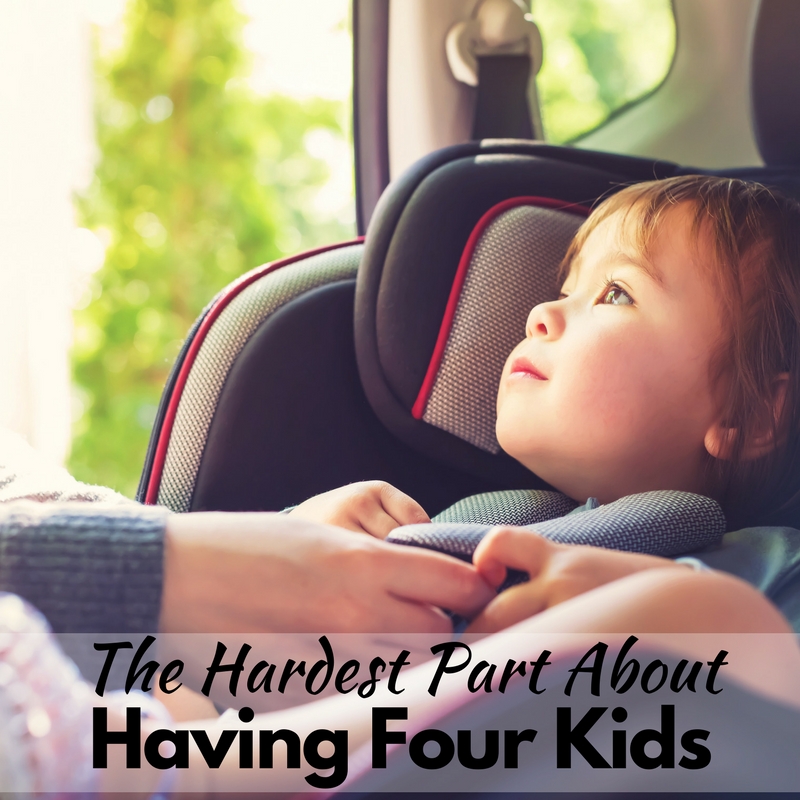